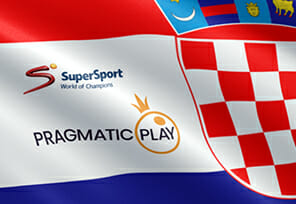 Croatia will be richer for several new great slots thanks to Pragmatic Play through SuperSport. In countries such as Croatia, the iGaming industry is still developing, but at a rapid tempo. More and more people are discovering new possibilities and starting to use them. Over the past years, we can say that the number of online casino players has increased, and thus, the range of online products has increased to attract the attention of players around the world.

This is definitely news that will delight players from Croatia. One of the largest and most stable providers in the iGaming industry, Pragmatic Play, has expanded its network to Croatia and introduced online slots in cooperation with SuperSport – one of the best online casinos in this European country.

Croatian operators bring us more good news. From now on, members will be able to enjoy games that are rated as ones with the best performance, and we will list only some of them: one of the most sought after lately – Starlight Princes, then Sweet Bonanza, John Hunter and the Tomb of the Scarab Queen, Big Bass Bonanza and finally a game which has been awarded multiple times – Wolf Gold.

This is Not the End

In addition to the rich library of slots that this agreement brings, users will now have access to Pragmatic Play Enhance – the great innovative promotional tool, so players can enjoy its various benefits

Yossi Barzely, Chief Business Development Officer at Pragmatic Play, said: “Expanding in important European markets is a key point of focus for Pragmatic Play and as such, we’re very pleased to collaborate with another prominent operator.

“Supersport has an excellent reputation and we look forward to a long and rewarding partnership.”

Tugomil Cerovecki, Head of Casino at Supersport.hr, said: “Pragmatic Play’s slot offering is one of the leading portfolios in the iGaming industry and we’re delighted to roll it out on our online casino.

SuperSport is a casino founded in Zagreb, Croatia, which legally operates with a license issued by the state of Croatia and regulated by the Laws of Croatia. We will point out that this is the first online casino in this country that received a license after the law was changed in 2010. In addition to punters from Croatia, foreign citizens are also granted access except for persons residing in the territory of the United States. In 2014, Supersport introduced to the public its mobile application that is available to both Android and iOS users.

The post Croatia’s iGaming Market Improved with Pragmatic Play Thanks to SuperSport first appeared on RealMoneyAction.com.