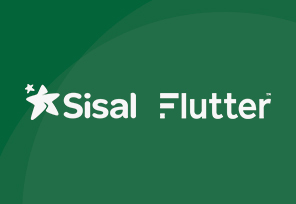 Flutter Entertainment, one of the leading gambling technology companies, announced the acquisition of one of the most popular brands in the iGaming industry at the end of last year. This news brings you information about what actually happened with that agreement!

This popular B2B brand also strengthened its partnership with Playtech some time ago. The deal between these two video brands is the launch of the developer’s super popular products on the platforms of Flutter Entertainment’s brands including Paddy Power, Betfair, and Sky Casino.

How did the Announced Acquisition End?

Flutter Entertainment is proud to announce that this popular technology brand has finally acquired the popular operator Sisal!

This agreement was announced at the end of the previous year, and after the protocol was successfully completed, the brands announced the final, great news!

In December, it was stated that the acquisition would amount to an incredible €1,913 billion.

This Italian-based brand has about 2,500 employees, and the main headquarters of the company is located in Milan. It expects that the brand will generate EBITDAof €248m during this year.

Flutter Entertainment stated that Sisal reached a growth of 58% in income to £402m and 51% in EBITDA to £120m during the first two quarters of this year.

“Flutter is pleased to announce that it has received all necessary regulatory confirmations with respect to the acquisition of Sisal and the transaction completed on August 4, 2022,” the Paddy Power owner said in a statement.

The deal between these two fantastic brands is a very important milestone for both sides. Namely, Flutter Entertainment will step into another important market that will expand the company’s business scope as well as its place in the iGaming industry. On the other hand, Sisal’s business will improve significantly!

The Italian market is the second leading market in Europe. The first place was taken by the UK market. In 2019, it was recorded that Italy reached gross gaming revenue of €19 billion.

The importance of this market is also shown by the steps taken by big brands toward Italy. Greentube, Evoplay, Tom Horn Gaming, Endorphina, Relax Gaming, and many others have recently entered this market.

We believe that in the upcoming period, this market will further increase its popularity and that many other brands will take advantage of the possibilities that Italy offers.