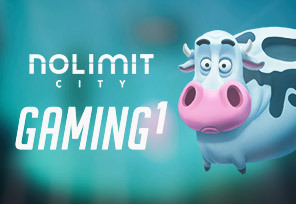 Nolimit City, a Malta-headquartered software provider with development centers in Sweden and India, has announced a partnership with Gaming1, the leading Belgium-based online gaming operator. Known for its state-of-the-art platform, Gaming1 boasts significant global coverage, being present not only in European countries but also in Peru, Colombia, and the United States.

Thanks to the freshly penned deal, Nolimit City’s rich slot portfolio will be available to an even broader audience of players. Mental, Tombstone R.I.P, xWays Hoarder xSplit®, Punk Toilet, and Bushido Ways xNudge are just some of the hot ticket titles to be officially released across Gaming1 brands.

Nolimit City, which was among the first to secure Ontario license, has further expanded its global coverage by entering a partnership with Belgian power-house Gaming1. Described by the company as a pivotal deal, the latest agreement will also help strengthen the stance of the Malta-based software developer in the iGaming industry.

“This is a deal that’s worth celebrating! Gaming1 have made monumental strides in the industry and have cemented their name as the leading Belgian based online gaming operator. We pride ourselves with partnering up with only the best, and this deal proves it.”

“We are very pleased to be partnering with Nolimit City and to be able to add to our ever-expanding portfolio with their high quality games. The strength of Nolimit City’s game offering lies in the perfect balance they have struck between tried and tested mechanics and new ideas, resulting in an incredible amount of entertainment. We are delighted to be able to bring this to players on our platforms.”

Online slots from Nolimit City are widely popular among players of all styles. The brand’s latest release Karen Maneater has already managed to win the hearts of many fans of virtual one-armed bandits, which comes as no surprise given its unique characters and original story.

Gaming1, a company with a rich history in the industry and an ever-expanding presence in regulated markets, will now offer its customers the full portfolio of Nolimit City’s top-notch games. Players in ten countries across the world will now be able to get familiar with the studio’s innovative features such as xNudge, xSplit, xBomb, and xWays. Plus, they will enjoy an array of smash hits, including Mental, Tombstone R.I.P, xWays Hoarder xSplit®, Punk Toilet, to name just a few.

The post Gaming1 to Offer Slots from Nolimit City first appeared on RealMoneyAction.com.