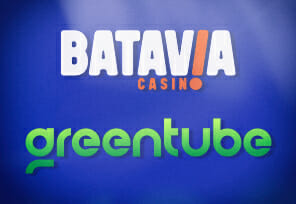 After several long years of full anticipation, new laws have finally come into place that fully regulate the Dutch iGaming market. Thanks to them, many operators can legally operate in this territory, which is why developers around the world have decided to step into the Netherlands.

One of them is Greentube, an expert provider of slot content, which will launch its content in this country thanks to the partnership with Play North.

The agreement stipulates that punters on the Batavia Casino platform will be able to find titles from the developer, which has achieved great popularity in a short time, including Random Runner

15, and Mega Slam Casino as well as NOVOMATIC releases including Book of Ra

, and also much more.

The title distribution was successful thanks to Greentube’s longtime partner Finnplay and its platform.

However, all this was preceded by a very important event. Namely, the developer was given the opportunity to launch its content on this newly regulated Dutch iGaming market thanks to the supplier license obtained from the competent authorities, which also contains all the necessary game certifications.

Every partnership is a story for itself that brings certain benefits. With this step, Greentube has significantly expanded its business network and business scope. Also, the collaboration allowed the developer to launch the portfolio even further and thus reach a larger number of punters.

On the other hand, the operator from the Netherlands will have the opportunity to strengthen the trust of its old customers and possibly attract new ones by expanding its offering with some of the most popular titles in the iGaming industry.

Andy Duschek, Sales and Key Account Manager for the Netherlands at Greentube, said: “We have already seen great results from our initial activity within the newly regulated market in the Netherlands, and players have responded well to the wealth of content we have provided. This deal to take live games with Play North is a perfect next step, given that its Batavia Casino brand has been carefully designed to offer a gaming experience that can be enjoyed by Dutch players from a wide range of demographics. ”

Krista Kuusijärvi, Brand Operations Manager at Play North, added: “Batavia Casino provides a safe, secure and highly entertaining environment for players in the Netherlands to enjoy a huge range of engaging titles. Greentube’s combination of new and classic titles offers a fantastic mix for our customers and we look forward to a long and successful partnership with one of the industry’s biggest names.”

We hope that the punters will like the titles of this great company as much as we do, and if you try them, share your opinion with us!