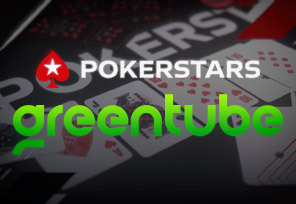 Greentube, the Entertainment division recently stepped into Switzerland thanks to a partnership with Grand Casino Basel. However, the NOVOMATIC Gaming division announced that it has once again strengthened its presence in Europe thanks to its latest distribution deal with the globally known and respected operator, PokerStars.

According to the items of the contract concluded between these two brands, the distribution will primarily refer to Italy.

However, the agreement says distribution will later expand to several more key markets in Europe, such as the UK, Denmark, Spain, Greece, and Romania.

PokerStars’ Italian clients will have the opportunity to enjoy top-performing, interesting and engaging titles from the developer’s rich portfolio. Players who choose to explore this platform will be able to check out fan favorites of Book of Ra, Dolphin’s Pearl Deluxe, and Lucky Lady’s Charm as well as many more hit titles.

This is an important milestone for both brands. First of all, the operator will further expand its offering, which is of great importance for its position in the industry. On the other hand, Greentube will further strengthen its presence in Europe.

In addition to Europe and collaborations with PokerStars, Greentube has expanded its business roots to North America, Africa, and LatAm.

David Bolas Commercial Director at Greentube UK said: “This is our first market launch with PokerStars and it’s a thrill to be able to announce our debut with one of the biggest names in the iGaming world. Its success in resonating with players across multiple markets enables us to significantly increase the reach of our content, initially in Italy before hitting other territories across Europe. I believe this is just the start of what will be a long and mutually successful partnership.”

Greentube is one of the fastest-growing developers in the iGaming industry established in 2006. The brand is headquartered in Malta and the company is focused on developing modern gaming solutions for mobile devices. Also, part of the developer’s focus is on the casino, poker, bingo as well as free multiplier 3D games. With offices in Malta, Greentube has over 80 employees, and in addition to this country, the company operates in the UK, Canada, Austria, Greece, and Slovakia.