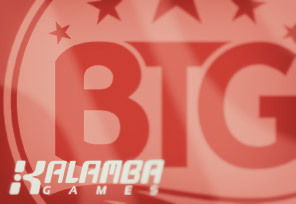 Kalamba Games, one of the most famous and respected casino software developers in the iGaming industry that recently added another title to its Joker series, has now announced that the company will enter a very important partnership with Big Time Gaming to include its partner’s Megaways system in its library of products.

Very Important Milestone for the Brand

Thanks to the latest Megaways deal, Kalamba will enrich its games with these fantastic features that punters will adore! These well-known mechanics will change the number of rows with each new spin, which will result in more symbols. A changeable grid will bring additional excitement to the game through which punters will get an unforgettable iGaming experience.

Thanks to the provider’s license, this mechanic will be found in soon-to-be-launched titles that will enrich an already wide portfolio consisting of more than 50 releases.

The two partnering brands are excited to see what this alliance will bring to the table. One thing is for sure; they are expecting nothing short of success.

mechanic whilst maintaining our unique style and integrating our player-favorite features is something we are genuinely thrilled about. It’s an exciting time for our development team as they begin to work on projects containing the Megaways that license that will allow us to add it to our existing popular titles and new games in the near future.”

formula has proven to be a hit with players globally and we are pleased that this latest agreement with Kalamba will allow for even more innovative and original ideas to be added to the much-loved mechanic.”

Kalamba Games is one of the most famous casino software developers established in 2016. The brand is headquartered in Zebbug, Malta, but the company also has headquarters in Krakow as well. The developer is known for its innovative and engaging online slots, of which there are dozens. Some of the most famous online casino releases that can be found in the provider’s premium portfolio include fan favorites Super Size Atlas, Holmes: Reel Detective, Caribbean Anne 2, Jewels of Jupiter, Monkey God Buy Feature, Sadie Swift: Guns’n Glyphs, Age of Ice Dragons as well as many others.

Also, we are expecting new titles soon, but until then we have to wait and enjoy the already launched ones!