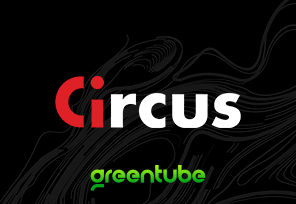 Greentube, one of the leading and most popular casino software providers in the iGaming industry, has announced a new expansion thanks to a new partnership!

This fast-growing brand has signed several important agreements since the beginning of the year, entering some of the most influential markets in the industry.

One of the recent collaborations saw a handshake between Greentube and the innovative operator, Carousel. On that occasion, the developer left its mark on the Belgian and Dutch markets.

Most recently, the company announced that it has once again confirmed its presence in Belgium and Netherlands by launching its portfolio with one of the leading operators in the region!

This popular provider has joined forces with Gaming1’s B2C brand Circus to enrich this platform with its content.

As announced by these two giants, Greentube will provide the new partner with access to its impressive portfolio!

The distribution will include the launch of multiple fan-favorite and engaging products that in a short time have guaranteed great popularity among punters around the world!

Also, in addition to the mentioned products, the partnership also includes NOVOMATIC titles such as Book of Ra™, Lucky Lady’s Charm™, Always Hot™, and well as much more.

Andy Duschek, Sales and Key Account Manager for the Netherlands at Greentube, said: “Our games have generated a very positive reaction from customers in the Dutch market and we are now aiming to build on that positive start. This deal with Circus, enhancing our presence in both the Netherlands and Belgium, gives us the chance to offer more players than ever before the chance to take part in a gaming experience that is honed to their localized preferences.”

David Carrion, COO Interactive at Gaming1, said:“At Gaming1, we aim to offer our customers a smooth, fun, and innovative gaming experience in an entertaining and secure environment. Greentube offers the perfect balance of traditional and new titles, providing everything players could want in both the Netherlands and Belgium. We believe this is only the start of a very fruitful collaboration.”

The post Greentube Secures Reputable Position in Belgium and Netherlands Thanks to the Deal with Circus first appeared on RealMoneyAction.com.