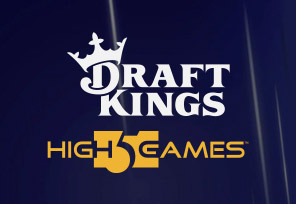 After further expanding its business scope in partnership with the popular iGaming company Game Play Network, High 5 Games has set out to conquer another American state.

Namely, this popular B2B brand announced that it has shaken hands with DraftKings to launch its products on the partner’s platform. As announced, the provider will supply its new partner with plenty of its amazing and engaging online casino products.

Although it is believed that High 5 titles will be available in multiple markets across the US, for now, the portfolio will be launched only in Michigan.

High 5’s presence can be found in multiple American states including Michigan, New Jersey, Pennsylvania, Ontario, and Quebec. The deal with DraftKings will further expand the developer’s footprint across North America, which will be one of the benefits of this agreement.

On the other hand, the operator will drastically increase its games lobby, which will strengthen the trust of its customers.

Group founder and CEO Tony Singer commented on the deal with DraftKings:“It goes without saying that we are thrilled to have an association with such a big name in the US market and one that is showing such powerful growth. We’re confident DraftKings ’player base will enjoy the huge range of games available and look forward to offering these games as we continue to expand our partnership into new jurisdictions.”

More On the Brand

High 5 Games was established in 1995 with headquarters in Mahwah, New Jersey. Late last year, the company boasted a new approval. Namely, it is one of the first developers to receive the green light to launch its fantastic products in the US state of Connecticut.

The company has so far developed over 200 releases that make the developer an outstanding portfolio. The company said plenty of top-tier games are planned for 2023. These products are designed to suit a variety of platforms including online, mobile, land-based, and social markets, and some of them contain one of the most engaging features such as Tumbling reels, Split Symbols, Super Stacks, or Super Symbols.