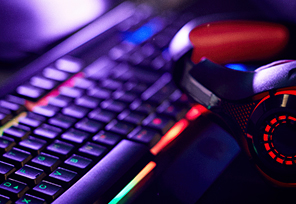 It really wasn’t that long ago that adults who devoted their lives to playing video games conjured up a specific image—and one that wasn’t entirely flattering. A man in his 30s or 40s, living in his parents’ dark basement, surrounded by food containers and pizza crusts.

But oh, how times have changed.

eSports has become the latest rage, dominating the market over only the past decade. Billions are bet on favorite players, teams, and games and experts speculate that revenue from eSports might eclipse traditional sports betting in the next twenty years.

Is this even possible? Could eSports become more popular than those games we already know and love, like football, rugby, basketball, and cricket? How have eSports become an international phenomenon in such a short period of time? What even ARE eSports, exactly?

We’ve got the inside scoop on virtual sports.

So, What Are eSports?

Let’s start at the very beginning: a very good place to start. The term “eSports” is an abbreviation for Electronic Sports and can refer to either professional or just competitive video gaming.

Players can form teams and or play individually, depending on the game, and compete or play against other teams or individuals. There are also tournaments that bring players and fans of specific games together. These tournaments offer an extensive range of the most popular Xbox, PlayStation, and PC games on the market.

Notable titles include Call of Duty and League of Legends—heard of them? Of course, you have; eSports have already become household names.

Despite the recent boom in popularity, however, competitive video gaming isn’t actually as modern a development as you might think. The first recorded competition took place all the way back in 1972 when Stanford University students established and participated in what they called the “Intergalactic Spacewar Olympics.”

The game was Spacewar and two teams competed against each other with the use of a PDP-10 computer in the Artificial Intelligence (AI) Laboratory. In addition, five participants also played at the individual level, competing against each other in a “free for all” version of the event.

It wasn’t until the 2000s though that these competitions really took off. Several big-name organizations and tournaments were established during this period, including Major League Gaming (MLG), a company that still hosts competitions all over North America.

MLG was later purchased by Activision Blizzard, the creators of the stunningly successful Call of Duty and Hearthstone games.

Today, the industry has grown such that eSports technologies acquire global businesses and hold tournaments in massive venues. The crowds that gather are a vital part of the eSport business, as is the betting that’s a traditional and important part of the events.

The prizes can’t be beat, either. 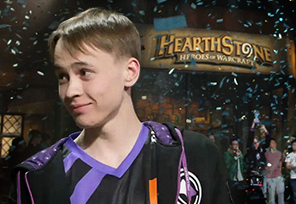 The 2016 Hearthstone World Championship was held in the Anaheim Convention Center, during Blizzcon. The total prize pool reached $1 million. The ultimate winner, a Russia-based player known as Pavel, took home $250k. He also won a gorgeous custom trophy of wood, bronze, and glass.

Clearly, players with talent stand to earn a ton of cash during their careers. We see examples of this all the time, starting in 2018 when a top-earning UK player named “Ataraxia” Mark won approximately $95k in one year alone. He specializes in SMITE.

It’s important to mention that UK players typically earn LESS than their international counterparts, with players routinely exceeding $150k in revenue from competition prizes and streams.

Though promising, the world of eSports isn’t without controversy: many state that issues including inequality and discrimination must be pushed to the forefront of discussions at tournaments and in professional gaming in general. The inaugural eSports Industry conference in London included not a single female player.

How Are Spectators Involved?

Competitive gaming is nothing if not a spectator (e)Sport—festivals and tournaments are live-streamed so viewers all over the world can watch their favorite players—and bet on them too.

As recently as April 2022, Rivalry Corp entered Ontario with their online esports betting platforms to capture the Canadian market. At a time when Amazon hosts annual Champions of Fire Invitationals with $100k prize pools, there’s never been a better time to view and bet on international teams doing what they do best.

CNBC made a 2018 report predicting that fans would bet $23.5 billion on eSports by 2020—a prediction with results that bore out and exceeded expectations.

Twitch has also featured heavily in this trend, recognized as the global leading video community for platforms. Geekwire states that this service currently has over 1.8 million active streamers, drawing an incredible 100 million viewers. Each viewer watches an average of around two hours a week, with many logging time every day.

With so many spectators and bettors, regulations must be strict: rules for eSports betting marketing is only the most recent measure taken to promote only healthy gambling habits among those who partake in the pastime.

How does eSports Compare to Traditional Sports? 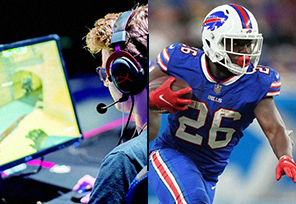 As eSports are conducted fully online, it’s no surprise that many argue that eSports can’t be classified as, well, “sports.”

However, Professor Ingo Froböse of the German Sports University of Cologne begs to differ. He argues that eSports require “exceptional motor skills… and superb hand-eye coordination.” He also notes that participating in online gaming events also increases cortisol levels, the hormone that works together with adrenaline to focus on dexterity, strength, and thought processes during times of stress.

The levels of cortisol produced by gamers are similar to the level produced by racecar drivers. Froböse further states that in his professional opinion, eSports are as demanding as physical, in-person sports. We’ll take that as an answer!

Is it possible that eSports could take the lead over traditional sports? Predicting the future is a gamble we’re not willing to take—but we look forward to what’s certainly going to be an exciting future.

The post How Has eSports Become So Popular, So Quickly? first appeared on RealMoneyAction.com.