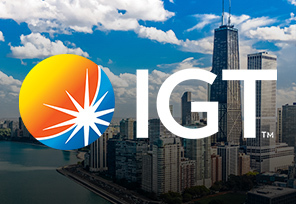 At the beginning of the year, this popular casino software developer took a step toward another key market, West Virginia, and on that occasion, launched its IGT PlayCasino iGaming platform in this market.

However, IGT announced that it has shifted part of its main focus to another very important US market thanks to the new deal.

IGT’s subsidiary, IGT Global Solutions Corporation, said the brand concluded a major deal with the Michigan Lottery to launch its content in Michigan.

As stated in the contract signed by both partners, IGT Global Solutions will present its Lottery portfolio to the Michigan Lottery.

This expansion is realized thanks to the developer’s remote gaming server (RGS).

This move is certainly one of the more important milestones!

Namely, with this expansion, the brand will attract an even larger audience and become even more popular, but also improve its position in the United States and the iGaming industry in general.

Also, this expansion brought the brand closer to fulfilling its goal of becoming the industry leader.

IGT Chief Operating Officer, Global Lottery Jay Gendron commented: “The integration of IGT’s advanced RGS will provide the Michigan Lottery and its players with an extensive library of premium iLottery content, diversifying the Lottery’s portfolio with well-known eInstants and omnichannel themes. As a leader in this space, the Michigan Lottery has built a robust iLottery offering from the ground up, and IGT is thrilled that we can contribute to its continued success through the launch of our games.”

However, this is not the first time that the brand has concluded this type of contract.

The provider enjoys a large presence in the US markets. It sealed deals with as many as 3 other state lotteries including Georgia, Kentucky, and Rhode Island.

It was announced that these states will be joined by beautiful Michigan, where IGT will present an eInstant portfolio to local players.

IGT Vice President, Global iLottery Srini Nedunuri said: “IGT has a proven track record of partnering with global lotteries to grow their iLottery sales and we are excited to deliver high-quality eInstant games to the Michigan Lottery. The addition of player-favorite IGT retail games in a digital format and exceptional licensed brands will help strengthen the Lottery’s eInstants library and provide engaging content to its players.”

At the beginning of the year, IGT announced that the company also teamed up with Meruelo Gaming LLC, and on that occasion, the partners launched a new mobile sports betting app in Arizona.