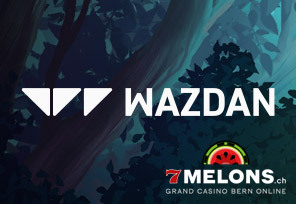 Wazdan, one of the fastest growing and well-known casino software developers in the iGaming industry, has announced its conclusion of another major deal.

The brand recently left its footprint on another popular market, Serbia, thanks to the fact that it joined forces with operator, SoccerBet.

However, Wazdan decided to once again strengthen its position in Europe thanks to a step toward another key market.

Namely, it will expand its presence to Switzerland! How?

The brand has teamed up with well-known operator, 7 Melons, to launch its portfolio further.

Clients of Grand Casino Kursaal Bern AG-owned casino, 7 Melon, will now have the opportunity to present to their clients as many as 20 of Wazdan’s fan-favorite, innovative, and engaging online casino releases that are popular among players around the world.

Among the slots that will be included in the distribution will be a hit product called Power of Gods™: Hades.

These releases will amaze you with their incredible features including Volatility Levels™ and other features from the developer’s Player Engagement Suite.

Andrzej Hyla, Chief Commercial Officer at Wazdan, said: “We’re delighted to see such a diverse selection of our innovative games go live with 7 Melons. The operator consistently makes some of the most engaging titles available to its players and we couldn’t be happier that our own games can now be enjoyed by them.”

Ludwig Nehls, CEO at 7 Melons, added: “It’s an ambition of ours to have the best games on the market to keep our customers satisfied and attract more. With that in mind, we were adamant that we needed Wazdan’s games as part of our offering as they consistently bring something new to the table.”

If you are from Belgium and want to try out some of the provider’s titles, you can now do so on the Napoleon Sports & Casino platform thanks to the collaboration that these two giants recently concluded. The offering of this casino is enriched with Sun of Fortune, Magic Fruits Deluxe, Sizzling Moon™, and many more.

In addition to the dynamic gameplay, Wazdan’s popular Hold the Jackpot and Collect to Infinity™ feature, which made the titles even more engaging, will attract players’ attention.

All the aforementioned expansions had a significant impact on the developer’s position both in certain markets and in the industry in general.

Also, the company came one step closer to its goal of global expansion.

We believe that Wazdan will not be satisfied with these partnerships considering the company’s potential, but that we can expect more interesting news shortly.