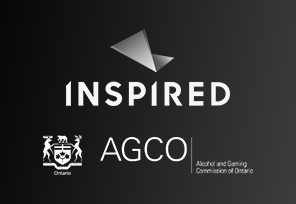 The launch of the Ontario Market has been announced for April 4th this year. For this reason, companies are trying to get the necessary approvals from the authorities so that they can introduce their products to this market once open.

One of the developers who succeeded in this endeavor is Inspired Entertainment. The brand announced that it has guaranteed the necessary supplier license.

Thanks to the green light the provider received from the Alcohol and Gaming Commission of Ontario (AGCO), Inspired Entertainment will be able to launch as many as 25 releases in Canada once the market is open.

Entering Ontario will be an important milestone for the developer who plans to launch its iGaming product library to this market in the second quarter of the year.

Punters from this province will get the opportunity to try out some of the most famous titles in the iGaming industry developed by Inspired Entertainment. The distribution will include famous releases such as Big Spin Bonus, Big Fishing Fortune, and the retro-themed online slot, Space Invaders, as well as many others.

Inspired has already left its footprint in Canada, and with this new step, it will only strengthen its position in this market. Namely, the developer recently signed an agreement with Loto-Québec. The partnership saw the launch of the provider’s casino portfolio in Quebec.

Inspired VP Interactive, Claire Osborne, commented:“Ontario’s iGaming market officially opens to licensed operators on April 4, 2022, and we couldn’t be more excited to be a part of the newly regulated iGaming market. With a population of nearly 15 million people, Ontario’s demographics compare favorably to states like New Jersey or Michigan where we already operate. We expect Ontario to present a significant market opportunity for us, and we look forward to players in Ontario enjoying our games.”

The supplier’s products are available worldwide. The company left its footprint in Michigan and New Jersey after launching its casino content in these two states.

With the new license, the company has guaranteed itself entry into one of the markets that are considered to become crucial in a short time. Given the interest of the players, several brands will continue to launch their offering in Ontario.

By expanding into this soon-to-be-launched market, the supplier will further improve its position in Canada and the iGaming industry.