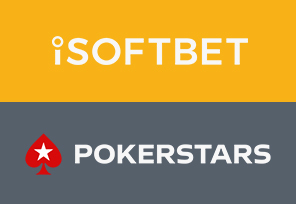 iSoftBet, a developer whose name is very well known in the iGaming industry, announced that it has entered into a strategic collaboration with a leading operator.

After the developer recently teamed up with United Remote and expanded its business network even more, it is ready for new conquests. iSoftBet has signed an agreement with the well-known PokerStars casino to launch its portfolio even further.

Punters who decide to check out what this fantastic casino has to offer will have the opportunity to meet the provider’s fantastic slots portfolio on the operator’s platform.

As agreed, several online releases will be included in the distribution, such as the iconic Gold Digger titles, Aztec Gold Extra Gold Megaways, as well as the classic one Hot Spin online slot.

However, that’s not all; it has been announced that iSoftBet’s soon-to-be-launched online slots including Plunderin’ Pirates: Hold & Win and Rising Samurai will also be included in the distribution.

Punters will surely fall in love with these upcoming titles that will entertain players with its Hold & Win mechanics.

Federica Faggiano, Chief Commercial Officer at iSoftBet, said: “PokerStars is a huge global brand and we’re thrilled to take our stable of games live with them. Having a name like PokerStars in our client portfolio is a huge statement of success for us, and we keep hitting new heights as a business.”

More on the Developer’s Expansion

This is a very important step forward for a company that is rushing towards its goal of global expansion. This partnership came after several collaborations with which iSoftBet expanded its business network and its business roots including deals with the well-known Merkur Spiel and United Remote.

Germany is another market that has seen the launch of the developer’s portfolio on the market. The beginning of 2022 was marked by the signing of an agreement with the local German operator Gauselmann Group, which gave the casino’s Merkur Spiel brand access to the provider’s slots portfolio.

Apparently, the company is working tirelessly to expand globally, as evidenced by recent partnerships. We believe that a lot of good news awaits us in the near future.