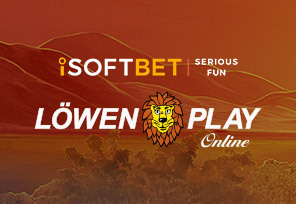 iSoftBet is one of the well-known and premium casino software developers in the iGaming industry, known for its innovative content. In addition to developing these amazing products, the company shifted part of its focus to the development of its global expansion strategy.

In order to achieve its goal, the company has concluded several major partnerships with well-known iGaming brands since the beginning of the year.

One of them saw a handshake with one of the fastest growing brands Alphabet Gaming.

Thanks to this partnership, punters from Bulgaria can enjoy a wide range of products of this popular provider.

iSoftBet is proud to announce that this popular iGaming software provider has taken another step to expand its business roots further.

Namely, the company announced that it shook hands with Lowen Play to strengthen its presence in the European region even more.

As agreed between these two giants, iSoftBet will launch its premium library of titles on the operator’s Spain-facing platform.

This means that from now on, Spanish players who choose Lowen Play.es will have the opportunity to explore the generous offering of this casino and engage in their favorite form of entertainment with the titles of this well-established provider.

The distribution will include plenty of interesting, feature-packed, fan-favorite, and engaging online casino releases that have won the hearts of punters around the world.

Lars Kollind, Head of Business Development at iSoftbet, said: “Lowen Play is a well-established business in the casino space, and joining its network of partners will be invaluable to our company. The wide variety of highly-rated products we provide really speak for themselves, and we hope to receive positive feedback from operators following their exposure to the Spanish market.”

Sara Klimper, Head of Operations at Lowen Play, said: “We are delighted to launch the iSoftBet portfolio in our Spanish operations this quarter, and hope our clients love the games as much as we do. We are looking forward to our collaboration.”

As we have already mentioned, the company recently concluded several important collaborations that helped it to get closer to achieving its goal.

iSoftBet has joined forces with the well-known and innovative brand 3 Oaks Gaming.

Namely, thanks to this agreement, 3 Oaks Gaming launched its diverse portfolio on the brand’s well-known Games Aggregation Platform and thus expanded its foothold even more. Products available on the platform include Magic Apple 2 and Fish Reef Megaways™, as well as classic titles such as Book of Wizard and terrific 3 Coins Egypt.