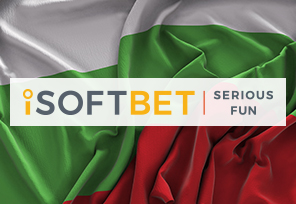 iSoftBet, one of the leading casino software providers in the iGaming industry, has announced new, fantastic news that will surely please many punters!

This popular developer recently joined forces with the well-known and popular brand 3 Oaks Gaming and thus enriched its aggregation platform with innovative and engaging titles.

However, this time iSoftBet will take another key step that will see the company’s roots being consolidated in another key market.

iSoftBet proudly announced that the provider has put pen to paper and thus signed a major deal with the fast-growing operator group Alphabet Gaming to strengthen its presence in Bulgaria, but also in the region.

As agreed between these two giants, iSoftBet will distribute a wide range of its terrific, feature-packed, and engaging online casino releases on the platform of the group’s online casino brand, Alphawin.

The partnership will entail bringing the developer’s most popular and some of the most sought-after titles in the iGaming industry to the platform of this innovative brand.

With this step, iSoftBet will additionally strengthen its already great influence in the region, but also in this fast-growing market, and thus significantly improve its position in the industry, which is also one of the main goals of the provider.

Few Words from the Reps

Federica Faggiano, Chief Commercial Officer at iSoftBet, said: “We are thrilled to announce the establishment of our partnership with Alphabet Gaming and its subsidiary brands. Our content will now feature on the site of the group’s online casino brand, Alphawin, alongside other popular innovations from the wider industry. This deal underlines the appeal of our content in Bulgaria, and our long-term commitment to the region.”

Lyubomir Zaharinov, Chief Executive Officer at Alphabet Gaming, said: “Signing a deal with a provider of iSoftBet’s status is a huge win for us, and our online casino brand Alphawin will reap the benefits of receiving a selection of its most popular products.”

Alphabet Gaming is one of the popular operators in the industry that was established in 2007. The company can boast of many successes, and one of the latest is the guaranteed license that enabled the casino to operate in Bulgaria.

As we have already mentioned, iSoftBet has recently concluded several important partnerships. One of them is shaking hands with Jugadon.

Thanks to this significant agreement, the developer will present its esteemed library of titles in Buenos Aires. By conquering the LatAm region, the provider has enabled players who choose Jugadon to engage in their favorite form of entertainment with fan-favorite titles such as Gold Digger and Hot Spin as well as Majestic Megaways and Western Gold Megaways.

The post iSoftBet Signs Major Agreement with Alphabet Gaming to Confirm Its Presence in Bulgaria first appeared on RealMoneyAction.com.