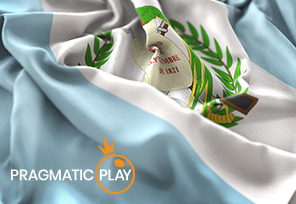 Pragmatic Play, one of the most famous and respected iGaming software providers in this industry, has announced that the company has entered another key market where it will present its portfolio from now on.

This popular developer has recently delighted punters from the LatAm region again with its fantastic titles that the brand delivered thanks to the collaboration with MiCasino.com.

However, this time, Pragmatic Play brings great news straight from Guatemala. This premium casino software developer has announced that as many as three company’s verticals, which include several popular online casino releases, will be available on this market from now on.

The distribution will include plenty of amazing products that will be available on the Gana360 and Loteria del Niño platforms from now on.

Players who decide to engage in their favorite form of entertainment on these platforms will have an exclusive opportunity to encounter an enriched offering that now features some of the most sought-after online slots in the industry such as Bigger Bass Bonanza and hugely popular The Dog House Megaways as well as award-winning online casino release Gates of Olympus.

For players who prefer an “old school vibe,” they will be able to explore some of the most famous live casino games including Pragmatic Play’s classics Blackjack, and Roulette. However, the developer will also present its show-inspired Mega Wheel to this audience.

From now on, the operator’s offering will be expanded with titles that will delight sports fans. The Virtual Sports vertical will offer various titles such as horse and greyhound racing, and Fantastic League.

Victor Arias, Vice President of Latin American Operations at Pragmatic Play, said: “We’re delighted to see the fruits of labor culminate in the rollout of our products with another valued partner. Our verticals represent outstanding value for any operator looking to enhance their offering and we’re sure Gana360 customers are going to take full advantage of the increased entertainment options at their disposal.”

Marcella Ivana Vizio at Billetera Electronica Bet Guatemala S.A. said: “Pragmatic Play’s games have a fantastic reputation with players across Latin America and are therefore essential for any operator to feature in their lobby. It’s fantastic news to see all the new content go live and we’re thoroughly looking forward to working with our new partner as our relationship evolves.”

Pragmatic Play is a Malta-based developer that was established in 2015. In a short time, the company made its way to the top of the ladder and became one of the most popular and premium providers in the industry. However, it is obvious that lately the brand has shifted part of its focus to the LatAm region. Pragmatic Play aims to expand its business roots so much that it becomes the leading brand in Latin America.

In conclusion, this partnership is a major milestone that will help Pragmatic Play achieve this goal.

The post Pragmatic Play Inks Distribution Agreement with Gana360 and Loteria del Niño to Present Its Content in Guatemala first appeared on RealMoneyAction.com.