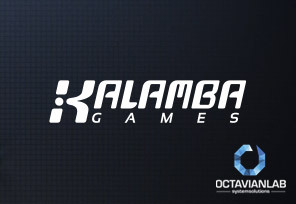 After further expanding its business scope thanks to an agreement with 888casino, Kalamba Games continues its global expansion.

Kalamba has concluded another distribution deal after merging with the famous casino Octavian Lab. The deal between the two brands will allow the provider to leave its footprint on the Italian market by launching its complete BullsEye RGS offering in Italy.

As specified in the contract, Kalamba will present in this market plenty of interesting and outstanding online casino releases as well as its famous promotion tools.

Octavian Lab’s games lobby will be enriched with over 50 titles from the provider, including the popular Blazing Bull 2, Caribbean Anne 2, and Holmes: Reel Detective as well as the developer’s extraordinary collection of Joker releases.

Both brands will benefit from this collaboration. It has made its debut on the Italian market in 2021, and the new deal will further strengthen the developer’s presence in this country. Also, this fantastic casino will be able to take advantage of the provider’s promotional tools that are developed to enhance player engagement. By providing them access to some of the best titles in the industry, Octavian Lab will strengthen the trust of its clients.

Excited to be the Part of the Deal

Andrew Crosby, Chief Commercial Officer at Kalamba Games, said:“Partnering with Octavian Lab is yet another positive step for Kalamba Games, as we continue to establish a prominent presence in the mature Italian market. Through Octavian Lab and its extensive operator network, our popular slot titles will become more readily available to the Italian audience, and we are excited to develop a long-term relationship with them.”

Andres Galan, Sales Manager at Octavian Lab, said: “We are pleased to be partnering with another leading provider such as Kalamba Games. We are excited at the prospect of our partners being able to offer Kalamba’s innovative portfolio to their players and aid in further integrating it into the regulated Italian market.”

Kalamba recently signed a deal with the well-known operator, Betsson Group. The deal is a video launch of the developer’s engaging products on the platform of this casino. In addition to a fantastic number of online slots, the distribution has seen the launch of providers RGS, Bullseye, analytics platform, Stargazer, and multiple promotional tools.

The supplier is present in several jurisdictions, and it holds certificates and licenses for markets such as MGA, Italy, Portugal, Greece, Spain, and Sweden.