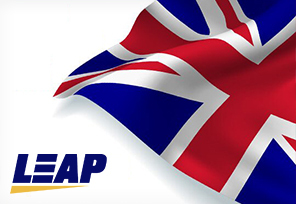 Leap Gaming, one of the leading and well-known casino software developers and virtual sports suppliers, recently announced that it has been given the go-ahead to step into another key market, Romania, thanks to a license issued by the Romanian National Gambling Office (ONJN).

However, another piece of amazing news comes straight from the United Kingdom. Leap is proud to announce that it has secured another license that will allow the company to launch its fantastic and engaging content in this popular market.

Players from this beautiful country will soon have the opportunity to try out some of the most sought-after features-packed titles in the iGaming industry that will provide them with an unforgettable experience with its fantastic theme and engaging features.

This content supply license issued by the UK Gambling Commission will mark another important step that will mark this year. By entering the UK market, the brand will secure a high position in the industry, but also reach an even greater number of punters.

Yariv Lissauer, CEO of Leap commented: “We are delighted and honored to have been granted the UKGC Supply license. The UK is a very important territory for Leap as it is one of the prime gaming markets in the world. The UK is a key benchmark and a trendsetter for most of the gaming jurisdictions globally and serves as a hotbed of innovation. Moreover, the UK is also within the footprint of many of our live and contracting partners, and we look forward to rolling out our content there shortly.”

Leap is one of the leaders in the industry with headquarters in Malta. This license was preceded by recent approvals for key markets including Sweden, the Netherlands, Romania, South Africa, and Greece.

The brand boasts licenses issued by the Malta Gaming Authority (MGA), Hellenic Gaming Commission (HGC), but also many others. It has collaborated with some of the most famous names in the industry including Playtech, and Relax Gaming, but also with Betcris, 888Sport, Scientific Games, Tipco, ARGTLL Entertainment, 1xBet and much more.

Also, 2022 will mark several key partnerships, and one of the most recent includes the famous brand Pariplay.

Gambling is a very popular form of entertainment in the UK and it is regulated by the UK Gambling Commission. UKGC operates on behalf of the Digital, Culture, Media and Sport (DCMS). DCMS is one department that is part of the government.

This type of entertainment was regulated in the United Kingdom in 2005 thanks to the Gambling Act.