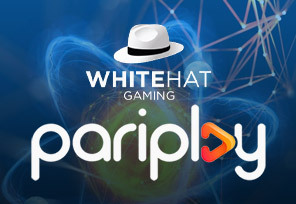 Pariplay, one of the leading casino software developers and content aggregators in the industry, recently left its footprint in Switzerland after the company merged with Grand Casino Bern.

However, the company’s strong desire for global growth has contributed to the conclusion of a new collaboration. Namely, this Aspire Global brand announced that it has shaken hands with top-tier brand, White Hat Gaming, to launch its engaging and outstanding products even further.

Plenty of Products to Be Included in Distribution

The agreement signed by both parties specifies that Pariplay will distribute its extraordinary products on the platforms of White Hat’s partners. The titles of the well-known slots studio, Wizard Games, as well as the already aggregated releases from Pariplay’s partners will also be included in the distribution.

Distribution will be done through Pariplay’s popular Fusion

platform which features more than 12,000 amazing and remarkable games developed by some of the most terrific developers in the industry.

In addition to fantastic games, the Fusion platform features conversion, retention, and tool mechanics that White Hat Gaming’s partners will be able to take advantage of. Thanks to these features, operators will have the opportunity to attract even more customers, but also to maximize entertainment.

The agreement was signed in April this year at ExCeL London and includes White Hat Gaming’s non-US collaborations with operators. Also, the agreement does not preclude the possibility of expanding the collaboration to new markets including the recently regulated Ontario market.

Andrew Maclean, VP of Sales at Pariplay, said: “White Hat Gaming has a similar business style to Pariplay. It is agile, fast-moving, and expanding at a rapid rate in similar markets to us, with a strong core business in Europe and with similarly strong ambitions across regulated North America. To sign such a major deal at ICE London was a great moment for both parties and we look forward to working closely with such a major content provider.”

Michael Waterfield, VP of Commercial at White Hat Gaming, added:“Pariplay’s wide-ranging content, in addition to its engagement tools, has proven to be very popular across numerous markets and it’s a boost to be able to enhance our platform by offering it to our operator partners. We see this initial deal as being only the start of a long and fruitful partnership as both parties continue to make major inroads into regulated markets across the world.”

White Hat Gaming is a modern iGaming platform that features a secure and safe casino and sportsbook Player Account Management (PAM) solution. More than 3,000 online casino games from about 120 well-known developers can be found on this platform.