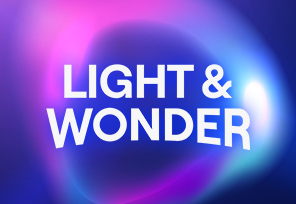 Light & Wonder, a famed Las Vegas-based provider of land-based and online casino products previously known as Scientific Games, has appointed Matt Wilson as interim CEO to guide the leadership transition. Wilson, who joined the company two and a half years ago and is currently L&W’s Executive Vice President and Group Chief Executive of Gaming, will continue to hold these two positions. In his turn, Barry Cottle has resigned as President, CEO, and a member of the Board of Directors, but will play an active role during the transition as a consultant.

The company has also announced the initiation of the search process for a permanent Chief Executive Officer among both internal and external candidates, engaging one of the leading national firms in that field.

The Right Time for Leadership Transition

Expressing confidence that now is the right time for the company’s leadership transition, Jamie Odell, Executive Chair of Light & Wonder commented on the latest appointment:

“Our Executive Vice Chair, Toni Korsanos, and I have worked closely with Matt for over 10 years, including most recently as he has successfully worked to turn around and reposition Light & Wonder’s Gaming business for long-term growth. We are confident that his strategic insights, deep industry knowledge, rich experience and impressive track record make him the ideal person to serve as interim CEO during this transition period.”

Holding a Bachelor of Commerce from the University of Wollongong, Matt Wilson has also completed the Advanced Management Program at Wharton Business School.

Wilson has more than 20 years of experience in the gaming industry, serving as President and Managing Director, Americas at another big-name developer Aristocrat. He was named Executive Vice President and Group Chief Executive of then SG Gaming in January 2020 when he joined the team with another two Aristocrat executives.

“I am honored to take on the role of interim CEO during this exciting time for our company”.

“With a streamlined organization, sharpened strategic focus and strengthened balance sheet, we are now better positioned than ever to capitalize on the incredible opportunities ahead for the business. I look forward to working closely with the rest of the leadership team in this new capacity as we continue to accelerate our progress as a sustainable growth company.”