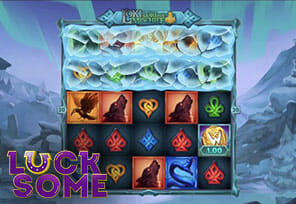 The new slot comes with high volatility, allowing the Lord of Mischief to choose to become the God of Fortune. Loki works as a mystery element, transforming into a Money Scatter in the base game which enhances the chances of activating the Lux Reels

More About the Particular Features

As part of the Lux Reels

, which is triggered when six or additional Money Scatter symbols appear on the reels, Loki proceeds with his demeanor and delivers cash awards for users.

The inclusion of the Super Lux Reels

feature boosts up the gaming experience, which is triggered with 3 Bonus Scatters. At the beginning of the feature, the reels can extend to 5×6, and users are presented with 6 additional spins before the activation of the respins mode.

If you enter the Super Lux Reels

, Loki will get the potential to release at least 10x cash awards and boost the Money Scatters up to x5 bet.

. This game is great for transparent info on volatility and other useful features. There is also a Bonus Buy feature and Lux Reels

“Loki is in his typically mischievous mood much to the benefit of our players in our latest game release.

feature provides an innovative alternative to a traditional free spins bonus that really super charges the gaming experience and offers incredible win potential. Once again we are following our values of transparency with more data on the game so players can make informed choices on their gaming experiences.”

Blueprint Gaming is a cutting-edge supplier of slots for the online casino and mobile markets. It is based in London and belongs to the German company Gaulsemann Group. The company has licenses from the most prestigious organizations in the sector such as the UK Gambling Commission, the Malta Gaming Authority, and Alderney Gaming Control Commission. Its suite includes some of the best games in class belonging to famous series, Jackpot King, Deal or No Deal, Merkur, and similar.