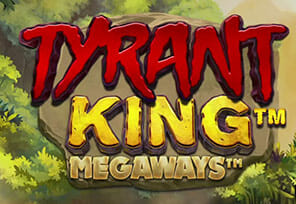 The new game is set in the lands of the Tyrannosaurus Rex, featuring the adventures of a fearless hunter as he searches for big riches among the dinosaurs.

The new slot features high volatility and the Megaways

system including the cascading wins and enhancing multipliers. In addition to it, you will also see an innovative Tyrant Respins mode, which is activated when wilds appear on each of the middle 4 reels. This awards 3 respins on reels from 2 to 5, and wilds stay sticky for the duration of the respins.

is the premier game in the Apex Predator series, which will include some of the nastiest beings to roam the earth in the game. The latest collection will introduce dynamic gameplay to users, while focusing on the main explorer, Hugo. The entire series is followed by the idea of producing more than a single game and wait to see the reactions from users.

Commenting on the new addition to the suite, Head of Games at iSoftBet, Mark Claxton, said:

sees us start a whole new project in our Apex Predator series, where our intrepid explorer will encounter some of the most imposing creatures to ever stalk the earth.

“With huge win potential, a respins and free spins mode, which can be combined, and up to 200,704 paylines, there’s so much on offer in our newest title!”

iSoftBet is a cutting-edge supplier of online and mobile casino content and aggregator. Led by a ‘Serious fun’ approach, the brand is focused on delivering best-in-class content to players. Its powerful suite contains 150 proprietary slots and table content as well as a variety of 8,000 third-party releases via progressive Game Aggregation Platform. It keeps believing in three main values – respect, curiosity, and passion.

“ISoftBet Enters The World Of Predators In Tyrant King Megaways