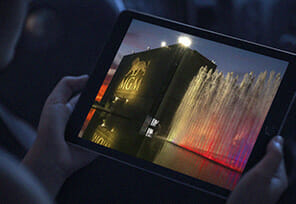 The MGM National Harbor was the original site to launch its licensed retail sportsbook, with Governor Hogan labeling the opportunity by placing the state’s initial bet on the Washington Football Team to compete against the Baltimore Ravens in the Super Bowl in 2022.

“Today marks the culmination of more than a year of effort to get sports betting up and running here in the State of Maryland. In addition to allowing Marylanders to bet on football, basketball, and more, sports betting will also help to keep more dollars in-state and will provide another critical revenue source for public education without raising taxes on families and small businesses.”

BetMGM chief executive Adam Greenblatt says that BetMGM Sportsbook & Lounge at MGM National Harbor is the most important component to making the capital region one of the leading sports betting hubs. In cooperation with the MGM National Harbor team, they have built a world-class place for sports fans.

What Else Was Announced?

Only recently, The Maryland Lottery and Gaming Commission’s (MLGCC) announced that PointsBet has also met conditions for a sports betting operator license. The company in June closed a deal with the Riverboat Group’s Riverboat on-the-Potomac venue in Maryland to get market entry in the state.

The MLGCC selected PointsBet as a qualified operator as it already owns sports betting licenses from a minimum of three other states with norms similar to those in Maryland. The Commission unveiled that a licensing investigation is going to be organized regarding the PointsBet and its license.

“Licensing investigations are quite extensive, so we’re continuously communicating with applicants to guide them through the process.”