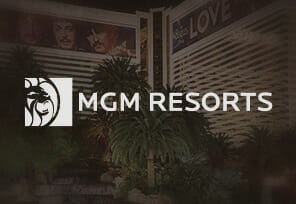 The well-known Hard Rock International brand has decided to buy Mirage Hotel & Casino in Las Vegas from MGM Resorts International in cash for an incredible $1.08bn.

Although the property will remain owned by the prestigious Vici Properties, the casino’s operations will be leased to Hard Rock.

MGM Resorts purchased Mirage Hotel & Casino in Las Vegas in 2000, and the property was opened in 1989, located on the Las Vegas Strip in Las Vegas, Nevada. The move was preceded by the announcement of business results for the third quarter, released last month by MGM Resorts.

This property will get its new look by building a new guitar-shaped hotel from Hard Rock International if everything goes according to plan. Thus, the new property will fit in with the look of other casinos and hotels around the world.

When Will This Happen?

The Mirage name and brand will be retained but will be licensed for Hard Rock. However, compensation for this will not be available until the process of rebranding the facility is complete.

Hard Rock Hotel & Casino Las Vegas closed in February 2020, after which its parent brand acquired the licensing and naming rights for the facility of the same name in May of the same year.

However, the then facility was reopened as the Virgin Hotel Las Vegas, but this time under the ownership of the Virgin Group.

Vici Properties owns this property, but the company decided to sign a new contract with Hard Rock International. This lease will apply to the casino business, but Vici will also amend the main contract with MGM Resorts.

After Hard Rock takes over the casino, MGM will pay $90m less (per year) to VICI.

Hard Rock International Chairman Jim Allen said: “We are honored to welcome the Mirage’s 3,500 team members to the Hard Rock family. When complete, Hard Rock Las Vegas will be a fully integrated resort welcoming meetings, groups, tourists, and casino guests from around the world to its nearly 80-acre center-Strip location.”