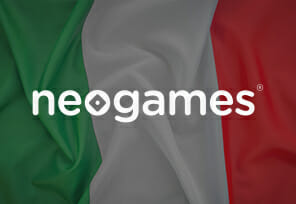 New York-listed software provider, NeoGames, recently announced a partnership with the Italian operator, Lottomatica. In addition to Italy, it has expanded its network to several countries, and it can be said that it is developing at a high speed.

Per the agreement, NeoGames will offer its game library to Italian players including releases such as Queen of Diamonds, VIP Platinum, Northern Wilds, and Blackjack Doubler. It has been announced that this deal between these two well-known companies will be multi-year agreement.

Lottomatica managing director of digital, Alessandro Allara said ”As a leader in the Italian gaming sector, Lottomatica is excited to partner with NeoGames. We welcome the addition of NeoGames ’quality portfolio of diverse and innovative games and the opportunity to offer even more diverse and exciting entertainment options to our online players.”

It is followed by NeoGames CEO, Moti Malul, who says that it is their pleasure to give full access to their outstanding releases library to Lottomatica and that this Italian operator is a very important partner for their fast-growing base in Europe. Lottomatica has become the seventh lottery to use its content. He adds that they hope that the Italian players will be satisfied and that this agreement will offer an improved playing experience, but that on the other hand, it will help expand the range of its fans.

NeoGames boasts over 15 years of experience and several senior experts on its team. Its users can be found all over the world, in countries such as the USA, Canada, Lithuania, Czech Republic, Croatia, Italy, and Portugal.

It offers a wide range of games available to users, and among the most popular of them are Springtime Combo, Color Pop, Love Struck, VIP Ultra, and Cash Avenue.

Exclusive News from the Italian Market

The Italian market is becoming more widespread every day and complemented by new games from foreign suppliers that are available to Italian players. This agreement between NeoGames and Lottomatica is joined by several others who have recently enriched the Italian market.

In the middle of this month, iSoftBet announced a partnership with Octavian Lab, through which it will distribute its portfolio to the Italian market.

Betsoft wasted no time either and also offered its game library to players from Italy in a mid-month collaboration with 888casino.

’’NeoGames Announces the Launch of its Premium Online Games with Lottomatica’’, neogames.com, October 19, 2021.

The post NeoGames and Lottomatica Bring Unforgettable Titles to Italy with a New Agreement first appeared on RealMoneyAction.com.