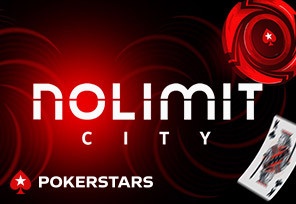 Nolimit City, one of the most famous and innovative casino software developers, recently expanded its list of partners after the brand collaborated with Gaming1. While this deal saw the launch of the developer’s portfolio even further, that’s not the end of it.

More specifically, Nolimit announced that it has continued to meet its goal of globally expanding its presence thanks to the latest agreement the brand signed with popular operator, PokerStars.

The operator will be able to take such great advantages from this collaboration because the distribution will include some of the most interesting and engaging online casino releases that have proven to feature interesting dynamics and gameplay.

The PokerStars platform will be enriched with various outstanding and feature-packed titles including Infectious 5 xWays, Deadwood, and Fire in the Hole xBomb. These products are available on the platforms of PokerStars’ brands in the UK. However, the companies have announced that in the near future, we can expect more markets to follow.

The agreement between these two brands will be a very important milestone for both sides. First, this step will enable Nolimit to get closer to its goal of global expansion. By distributing its titles to another operator’s platform, the developer will reach even more players, which will improve its position in the iGaming industry. On the other hand, PokerStars will keep the promise it made to customers by providing them with titles developed by some of the most famous brands in the industry – thus strengthening their trust.

Malcolm Mizzi, CCO & MD for Nolimit City stated: “This celebrates yet another huge milestone for Nolimit. Having one of the largest gaming names in the World host our games gives more significance to our current trend in player popularity.”

Nolimit City recently launched online slot, Remember Gulag. However, given the theme of this slot, the company has promised to donate all the profits generated in April to help people from Ukraine…which it did!

The brand previously donated €25,000 during March, and the Humanitarian Assistance through the National Bank of Ukraine will receive an additional €93,227.41 from the developer, which would mean that the total amount donated to help the victims of the unfortunate event in this country is €118,000.

Note: We must mention once again that the brand started developing this slot before the events that hit Ukraine, but also that Nolimit City is firmly against the violence of any kind.