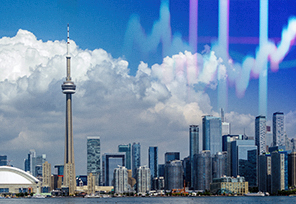 The Canadian province of Ontario, one of the fastest growing markets in the online gambling industry, announced the results of the market’s performance for the first quarter.

The Ontario market was introduced on the fourth of April this year and has achieved great success ever since. Some experts believe that this Canadian province will make its way to the top of the ladder in a short period of time and become a convincing market leader in the iGaming industry.

The results published by the market refer to the period from its launch until June 30 of this year.

The results of the market’s performance revealed that this market reached an incredible $162m of total gaming income.

During this period, players invested $4bn in this form of entertainment. The market recorded as many as 492,000 active punter accounts, and on average each player invested $113 per month.

Free bonuses specific to new market openings are not included in the total income figure. By the end of June, the market recorded more than 31 iGaming websites as well as the presence of 18 operators.

iGO Board Chair Dave Forestell commented: “We aim to be the best gaming jurisdiction in the world and these positive results are an early sign that we’re on our way. With a competitive revenue share rate and low barriers to entry, Ontario is an attractive iGaming market with a strong player base.”

Various Brands Have Stepped into the Market

Among the companies that have guaranteed their position in this market is Betway. This brand has launched various products in Ontario, and players can benefit from multiple various sports leagues as well as live betting for in-play players.

Just a few days ago, the popular casino software developer EveryMatrix was approved by the competent authorities of this Canadian province. Namely, EveryMatrix has guaranteed the necessary license issued by the Alcohol and Gaming Commission of Ontario (AGCO). In addition to the company launching its fantastic products in Ontario, the titles of the famous Spearhead Studios and Armadillo Studios will also be included in the distribution.

The outstanding brand Gaming Innovation Group also received the green light! GiG has secured a new supplier license also issued by the Alcohol and Gaming Commission of Ontario (AGCO). The developer will present its B2B sportsbook as well as its player account management (PAM) at this market.

The post Ontario Released Reports for Q1 That Shows $162m in Revenue first appeared on RealMoneyAction.com.