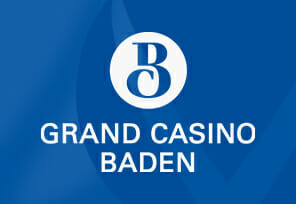 In Switzerland, gambling is allowed as long as the operator that provides such services is licensed. In order for a casino to be licensed and offer online gambling as well, it is necessary to own an active land-based casino license.

ORYX Gaming has chosen one such casino for its future partner which operates completely legally. Namely, this company, owned by the Bragg Gaming Group, will launch its products on the Swiss market thanks to a new collaboration with the well-known Swiss operator Grand Casino Baden.

What We Can Expect?

By agreement, the distribution of titles by ORYX’s gaming server partner GAMOMAT will include some of the most famous and sought after titles ever such as Royal Seven, Ramses Book, Crystal Book and Take 5. All these releases will amaze Swiss punters with their interesting features, jackpots, and many other things.

Chris Looney, Chief Commercial Officer at Bragg, said: “Reputable and established partners are key to establishing and expanding your brand in any regulated gaming market. In our view, this new partnership with Grand Casino Baden aligns Bragg and ORYX with one of Switzerland’s strongest operators. We’re proud of our content and confident that it will perform well in a market that is renowned for its commitment to high standards.”

About ORYX Gaming and Bragg

Over the past month, ORYX Gaming has guaranteed a UK license issued by the UK Gambling Commission, paving the way for some of the world’s key markets. The brand was founded in 2010 with headquarters in Ontario, Canada. The company’s portfolio includes products such as iGaming platform, ORYX Hub, casino products, sportsbooks, and lottery solutions.

ORYX Gaming recently partnered with Holland Casino to expand its business network to the Netherlands. But that is not all. The brand also walked through Serbia, so it shook hands with the well-known operator Admiral Bet, thus making its presence official in this country as well.

Bragg Gaming, on the other hand, was founded in 2018 and is headquartered in London, UK. The brand is spread in several markets in Europe and North America.

The company recently announced the completion of the purchase of Spin Games. The brand was bought for $30 million of which $10 million is in cash and $20 million from ordinary Bragg Gaming shares. The process is expected to be completed early next year. The purchase requires regulatory approvals, and one of them comes from the Pennsylvania Gaming Control Board that gave the green light on December 15th.

The post ORYX Gaming Makes a Step in Switzerland Thanks to Deal With Grand Casino Baden first appeared on RealMoneyAction.com.