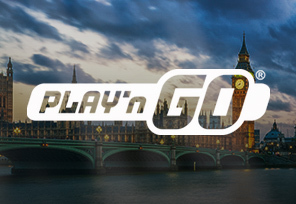 Already in the first days of 2023, several brands announced the new successes with which they began their journey this year.

One of the most prominent is certainly the popular iGaming content supplier, Play’n GO, which once again found a way to expand and make its content available to a wider audience via Kindred Group’s 32Red!

However, the developer will not only look back on the past but is ambitiously starting this year with a new collaboration!

Play’n GO once again joins forces with the well-established B2B brand Kindred Group to launch its acclaimed portfolio on the platform of partner’s brand 32Red!

This deal marked a significant move that saw the launch of the developer’s portfolio on the operator’s platform in the UK for the first time!

Players from the United Kingdom who decide to visit the 32Red platform, in the operator’s games section, will be able to find some of the most popular titles from the Play’n GO slot collection, including one of the most popular Book of Dead as well as UK-oriented online casino games such as MegaDon, Boat Bonanza, and Shamrock Miner.

Anna Mackney, Regional Director, UK, Play’n GO said: “Partnering with 32Red is yet another major coup for Play’n GO, as we join forces with one of the UK’s powerhouse gaming brands. This is a strategic partnership between two forward-thinking and customer-focused businesses. We’ll be working together closely to make sure we deliver for players.”

Adam Newnham, Commercial Operations Manager, 32Red, added: “We’ve seen the success other Kindred Group brands have enjoyed with Play’n GO over the years, so it became a priority for us to bring these classic titles to our players in the UK. With an exciting pipeline of content lined up for the coming months, we’re looking forward to providing more of the best of Play’n GO content to 32Red’s customers.”

The post Play’n GO Strengthens Cooperation with Kindred Group by Going Live in the UK with 32Red first appeared on RealMoneyAction.com.