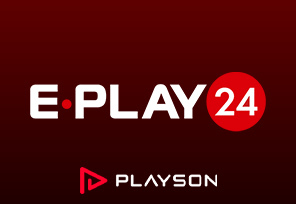 Playson, one of the most acclaimed and recognizable iGaming content suppliers known for engaging and feature-packed online casino products, has announced a new expansion that will reverberate through the industry – with E-Play24!

However, although the new agreement is of great importance, we must note that just a few days ago Playson added another well-established B2B brand, iGaming Group, to its list of partners, and on that occasion expanded its global reach!

But, the series of successes continues, so let’s find out what the provider has prepared for us this time!

Playson expands its footprint in Europe in its latest venture with the Italian operator.

As the developer joins forces with E-Play24, one of the most popular operators in the region, its content will go live on its platform!

As part of the deal, E-Play24 will gain five of Playson’s most popular online games including Lion Gems: Hold and Win, Legend of Cleopatra Megaways, Book of Gold Multichance, Solar Queen, and Buffalo Power: Hold and Win.

This latest deal is just one more in a series of successful collaborations that Playson concluded recently, and it was preceded by agreements with SkillOnNet, SkyWind Group, and many other brands.

Tamas Kusztos, CCO at Playson, said: “With our games now going live with E-Play24, we expect to be able to tap into the Italian market and uncover a new demographic of players to experience Playson’s fantastic titles. We are delighted to work with such a prestigious game operator which has proven itself to be one of the best in the industry. We look forward to a long and successful partnership with the company and further establish ourselves as a major provider within Italy.”

Alessandra Rosati, Senior Account Manager at Playson, added: “Our top five games in Italy already have outstanding numbers to fall back on and this collaboration will further boost our standing in the region. It isn’t just these five games that are performing really well. We have an extensive library of slots that we believe will become far more popular thanks to E-Play24’s commitment and hard work to delivering content to a wide network of operators.”