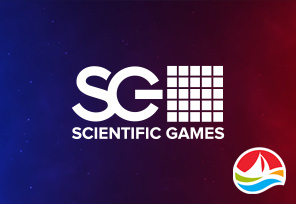 Scientific Games (SG), after a short break, finds itself in the spotlight again after announcing a new partnership with Atlantic Lottery!

Just a year ago, SG confirmed its presence in one of the fastest-growing markets in the iGaming industry, Canada, after entering into a collaboration with the Western Canada Lottery.

However, to seal this year with an amazing move as well, the developer once again lends a hand to its long-term partner!

SG will once again strengthen its presence in Canada thanks to the expanded partnership with Canada’s Atlantic Lottery to launch its fantastic scratch game even further across the market!

Based on the agreement, players from the provinces of New Brunswick, Prince Edward Island, Nova Scotia, and Newfoundland and Labrador will have the opportunity to engage in their favorite form of entertainment with some of the most popular online casino releases in the industry!

This latest venture comers after a longtime partnership between the two brands. In fact, they have been cooperating for over 40 years, and the latest agreement foresees the continuation of cooperation for the next 5 years.

Atlantic Lottery VP of Lottery and Living Lab Maureen Wojick said: “Scientific Games has solidified its long-time partnership with Atlantic Lottery, delivering strong and responsible sales growth for our Scratch’N Win products and topping our previous year by 9.8%. We are focused on using the company’s analytics and insights to create a Scratch’N Win game portfolio that continues to drive performance while entertaining our players with exciting games.”