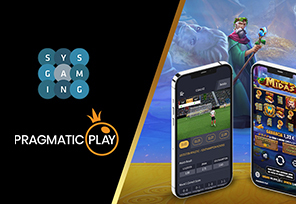 Pragmatic Play, one of the most popular casino software developers in the iGaming industry, has once again opened the way to enter South America by concluding a partnership with another well-known iGaming giant!

This innovative provider of premium and engaging content works tirelessly to fulfill its goal of global expansion, as we could see from the numerous deals that the brand concluded during this year.

Its impressive list of partners has now been expanded with a new partner who will take supplier’s content!

Pragmatic Play has announced its partnership with B2B brand Sysgaming and thus strengthened its presence in South America!

The agreement between these brands will see the launch of Pragmatic’s portfolio on the platform of this casino, and the distribution will include plenty of amazing, engaging, sought-after, and feature-packed content!

Players who choose this operator will be able to take great advantage of products from as many as three provider’s verticals, including online slots, live casino games as well as virtual sports products!

In the games section, you will now be able to find some of the most popular online slots including the multi-award-winning Gates of Olympus™ alongside with hit online casino releases such as the recently introduced Striking Hot 5™ and Down the Rails™ and much more!

Sysgaming’s offering will now be expanded with multiple live casino products, and fans of these products will be able to benefit from impressive casino classics such as Roulette and Blackjack as well as show-inspired Sweet Bonanza CandyLand and Mega Wheel.

The virtual sports portfolio will provide you with an unforgettable iGaming experience with Football, Horse Racing, and Greyhound Racing, and all you must do is have fun!

Victor Arias, Vice President of Latin American Operations at Pragmatic Play, said: “We’re thrilled to grow in South America with an established brand like Sysgaming, helping us to establish a strong foothold in the territory. We expect players to enjoy the variety of award-winning content that we are known for, with this impressive deal allowing us to reach more players than ever before.”

Fernando Ribeiro at Sysgaming, said: “Our recently established partnership with Pragmatic Play truly demonstrates our status as an up-and-coming brand within South America. Our customers will have access to three different verticals from the provider, with each offering a different way of entertainment, so we couldn’t be happier.”