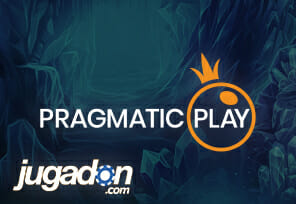 After stepping into Brazil and entering partnerships with many well-known operators in this market, Pragmatic Play decided to continue its expansion across the LatAm region by taking a step towards Buenos Aires.

After the provider received accreditation from LOTBA, it was time to team up with casinos operating in Argentina.

Who is the New Partner?

Namely, Pragmatic Play shook hands with one of the most prominent operators in Buenos Aires – Jugadon.bet.ar.

Under the new deal, the developer of some of the most sought-after online slots in the iGaming industry will distribute hit titles from its award-winning portfolio.

Online titles that will be available to players from this region include releases from Pragmatic’s popular John Hunter series, but also several Megaways

and The Dog House Megaways

Both sides in this agreement will benefit greatly. Namely, with this collaboration, the provider will further distribute its portfolio in the LatAm region, while on the other hand, the operator will be able to offer its customers some of the most sought-after titles among punters and thus strengthen their trust.

Victor Arias, Vice President of Latin American Operations at Pragmatic Play, said: “Finding partners that align with our values and goals is vital and we’re very pleased to partner with Jugadon. We’ve experienced significant growth in Latin America and we look forward to bringing amazing gaming experiences to players in the Buenos Aires City region.”

In 2021 Pragmatic Play took several important steps that affected its career. In addition to several online slots launched by the developer including Crystal Caverns Megaways, Smugglers Cove, Santa’s Wonderland, and others, the provider has paved the way for key markets.

In this regard, we must mention some recent partnerships, which have secured the company a solid position in Brazil, with the operators MarjoSports, LuckySport, PlayBonds, Milbets, Bingotine, etc.

The hard work of the provider has paid off, as evidenced by the numerous awards that it has picked up at prestigious competitions such as the EGR Operator Awards (Game of the Year award for online slot Gates of Olympus), and SBC Awards.

In addition to Brazil and Buenos Aires, the developer once again distributed its portfolio to Latin America in partnership with the Trebalia operator.

All in all, this was definitely a very successful year for the provider which opened up many opportunities for new advancements over the next year. We just have to wait and see what surprises the provider have prepared for us in 2022.