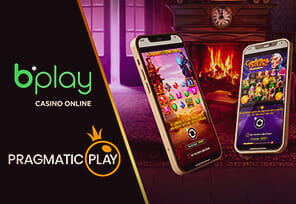 Pragmatic Play, one of the well-known casino software developers, is taking another step towards its goal of becoming a global leader via a new partnership with BPlay.

The provider is expanding rapidly in the LatAm region, as evidenced by partnerships with operators from Brazil, including Milbets, LuckySport, MarjoSports and many others. Following these steps, the developer received accreditation issued by LOTBA which enabled the company to expand its business network to the capital of Argentina.

But let’s get back to the main topic. Under the new agreement, Pragmatic will give BPlay access to its table game portfolio as well as its award-winning library of online slots, which includes iconic releases that are very popular in the country – Congo Cash and Madame Destiny.

With this agreement, Pragmatic will expand its business scope further in Buenos Aires, while on the other hand, BPlay will also benefit. Namely, the operator will provide its customers with some of the most sought-after online slots among punters in this region.

Pragmatic Play’s VP of Latin America, Victor Arias, said:“It’s essential to partner with the leading operators in any jurisdiction we move into and BPlay fits that bill. Our slots and table games will enhance its already strong proposition and we’re looking forward to seeing how their players react to our titles.”

Previous Collaborations Between These Two Companies

We must note that this is not the first collaboration between these two brands. Namely, in the middle of this year, Pragmatic and BPlay signed an agreement according to which the developer distributed its virtual sports portfolio on the platform of this operator. Thanks to this collaboration, punters across the Santa Fe Province in Argentina and Paraguay had the opportunity to try out the provider’s products.

A Successful Year for the Provider

Pragmatic Play, in addition to the several partnerships it has entered into during the year, has also launched many products.

Namely, if we take into account that the provider makes up to 5 new online titles every month, we will understand how much its portfolio expands during one calendar year. Some of the online slots that marked this year are Piggy Bank Bills, Smugglers Cove, Super X, Big Bass Bonanza Megaways, Big Juan, but also another title from the John Hunter Series – the Quest for Bermuda Riches.

In addition to online releases, Pragmatic has expanded its live casino portfolio with new titles that have become a hit in a short time. First of all, we must mention two Indian-focused live casino products – Andar Bahar and Roulette India. After them, the developer delighted its users with a live casino product made according to the online slot model Sweet Bonanza. The new product is named Sweet Bonanza Candyland.