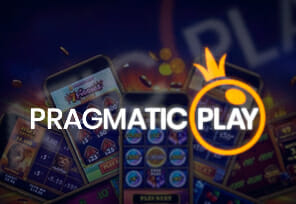 One of the leading companies in the iGaming industry, Pragmatic Play, in addition to constantly striving to achieve the title of best, also uses its resources to make changes in European where its offices are located – Malta, Gibraltar, and Romania. This casino software developer is constantly getting involved in charities as well as other projects.

With its donations, Pragmatic Play has so far invested its money in many charities and thus greatly helped society. Among the charities are Zibel, Cancer Relief in Gibraltar, Foodbank Lifeline Foundation (Malta-based organization), and Homeless Animal Shelter.

We must mention that Zibel is an NGO whose goal is to clean the waste that is on the seabed, and thus maintain a tidy and clean ecological environment.

Who Has Pragmatic Play Helped During This Year?

In March this year, International Women’s Day, the company donated €5,000 to the Women for Women Foundation.

Already in May, we witnessed the second donation to the Metropolis Philanthropic, and this money was used to renovate the children’s oncology part of the hospital in Romania.

Pragmatic donated £11,000 to Calpe House in Gibraltar, and this money provided accommodations to patients who had to go to London for treatment on the orders of the Gibraltar Health Authority.

Maltese Cancer charity Puttina Cares received a check of €28,000, and this money was used to renovate accommodations where patients and their families can stay for the duration of treatment in the UK.

Little baby boy Damian urgently needed a liver transplant. His mother donated a part of her liver to give the little boy the opportunity for a better and healthier life. On that occasion, Pragmatic donated €20,000 to the Blondie Association, which covered the cost of the flight to Palermo. Two members of the Pragmatic team, Oana and Ana, flew with little Damian from Romania to Palermo and made sure the baby, as well as the parents, had a safe and comfortable flight.

Although the supplier did its best to help people, it did not forget about our little animal friends. €14,700 went straight to Homeless Animal Shelter, and an additional €6,000 was donated to three different NGOs.

What Lesson Can We Learn?

This casino software developer has really done its best to make life better for many people and animals and give them a chance to be happy. With these moves, the provider taught us a good lesson – how important it is to be human and help those to whom life has not been merciful.

“Pragmatic Play Make A Genuine Impact With A Wide Range Of Csr Contributions In 2021’’, europeangaming.eu, December 29, 2021.

The post Pragmatic Play Enhanced Many Lives in 2021 with Donations first appeared on RealMoneyAction.com.