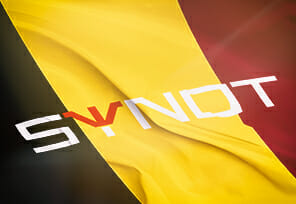 After a big boom in the Netherlands, SYNOT Games has taken another step towards another Benelux country. Namely, after a great fight over the fulfillment of the requirements imposed by local gaming laws, this provider will finally step into Belgium.

To meet the necessary criteria, SYNOT changed 7 of its online slots, and in addition, the provider launched its first series of dice. Also, we must note that many more games are in the process of being made.

Martina Hrabinská, CCO of SYNOT Games commented on this step and stated:”Being able to release our games in Belgium is a huge win that opens a lot of doors. Belgian players can finally get a taste of favorite SYNOT Games treats, which will hopefully get them hungry for more.”

Given the strict local laws and rules that must be followed, Belgium is one of the very specific countries when it comes to distributing this type of entertainment. However, we believe that this will not be a huge problem for SYNOT. This provider will give punters from this country the opportunity to invest their time and money in some of the fantastic hit titles such as 81 Dice Awards, Respin Joker Dice or Book of Secrets Dice, but also many others.

SYNOT Games, a well-known casino software developer, recently delighted players from Poland with its arrival. Namely, it has partnered with the well-known operator Totalizator Sportowy, and thanks to this collaboration, a wide range of its products will be available to players from this country. Some of the titles included in the distribution are Book of Secrets, Fruit Awards, Hunter’s Spirit, but also the latest hit that won the hearts of punters in a short time – Respin Joker 81 and Buffalo Hunt.

The company that boasts many partnerships. It has collaborated with some of the most famous brands in the iGaming industry, such as Relax Gaming, Draft Kings, iSoftbet, EveryMatrix, and Playtech.

We will note that this developer has its headquarters in Bratislava, Slovakia, and if you want to try its online products you can do so on the platforms of friendly operators such as SkillOnNet, SpireGlobal, Betsson Group, Leo Vegas, etc.