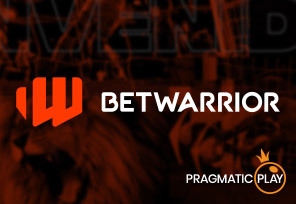 Pragmatic Play, one of the leading casino software developers known for its premium and engaging online slots as well as live casino content and more has again demonstrated that the brand is serious about its global expansion plan.

Speaking of partnerships, this popular provider has taken a few key steps from the beginning of this year. Recent collaborations have seen the launch of Pragmatic Play’s portfolio on the platforms of new partners including Casino Epic, bet365, Versus, La Troya Hipica, and many others.

The well-known online casino brand Betwarrior has joined this list of partners, and the latest distribution deal will see the strengthening of Pragmatic Play’s presence in two Argentinian jurisdictions – Buenos Aires Province and Buenos Aires City.

The developer announced that it will launch its most famous and engaging online slots in these two areas, thanks to the approval secured by the brand at the end of last year. Pragmatic Play has received authorization from the LOTBA regulator which is the Regulatory Entity of the city of Buenos Aires, as well as having been given a green light from the Lottery of the Province of Buenos Aires.

Punters from these regions will have the opportunity to gain access to the provider’s outstanding titles, and distribution will include hits such as Sweet Bonanza

, as well as extraordinary releases from the brand’s player-favorite John Hunter collection.

Commenting on the latest deal, Victor Arias, Vice President of Latin American Operations at Pragmatic Play, said: “Betwarrior is an up-and-coming brand in LatAm and one which we have been keen to collaborate with. Going live on their platform in Buenos Aires City and Buenos Aires Province is a great result and ensures our content is given exactly the right kind of exposure there. The market is thriving in the region and these are the kind of deals we need to be striking to maintain our momentum.”

And with his take on the new alliance, Leandro Rivas, General Manager at Betwarrior Argentina, said: “We make a point of partnering with companies that offer top quality content and Pragmatic Play provides us with the diverse and premium entertainment our player’s demand. The partnership is of great benefit to both parties, and we can’t wait to see how Pragmatic Play games will be received by our customers.”

More good news came recently as a result of a collaboration between Pragmatic Play and the famous brand Stake. The deal saw the launch of a new dedicated studio by Pragmatic Play for its new partner. The studio will be developed to feature as many as 12 fantastic tables. Players will be able to take advantage of 10 blackjack tables as well as one for roulette and one for speed baccarat.