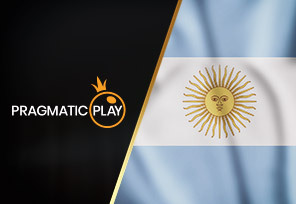 If you thought that August would go unnoticed in the iGaming industry, think again! Pragmatic Play has brought amazing news!

This popular casino software developer recently took a step towards another key market, Guatemala, after signing a significant agreement with Gana360 and Loteria del Niño.

New Products to Be Available Soon

The new step is a little different. Pragmatic announced that it has officially received approval for its live casino content for Buenos Aires. The thumbs up came right from the capital city’s regulator, making the company the first whose live casino content was given the green light for this market.

From now on, the company will have the opportunity to further strengthen its position in Buenos Aires, Argentina by presenting titles such as Blackjack, Roulette, Auto Roulette, Speed Roulette, Baccarat, Speed Baccarat, Mega Roulette, Sweet Bonanza Candyland, Mega Wheel and ONE Blackjack in this beautiful province.

The brand already boasts an enviable position in Buenos Aires, but also in the rest of the LatAm region. As we can see, the brand has taken all the necessary steps to make its way to the top of the ladder and become a convincingly leading developer in the region.

Victor Arias, Vice President of Latin American Operations at Pragmatic Play, said:“This is fantastic news for Pragmatic Play and bodes extremely well for our growth ambitions in Argentina. Our multi-vertical proposition is a key USP for us in every market we operate in and the approval of our Live Casino games in Buenos Aires City is going to allow us to reach more partners and players here than ever before.”

As we have already mentioned, Pragmatic recently made several major moves that further improved the provider’s position in the industry.

It expanded its business roots in LatAm further thanks to the recent collaboration with the well-known operator MiCasino.com.

As agreed between the partners, the provider enriched the platform of this casino with various of its super popular and award-winning slots, several live casino titles as well as multiple virtual sports products.

However, we believe that Pragmatic will not be satisfied with these steps so in the near future we can expect many more partnerships.