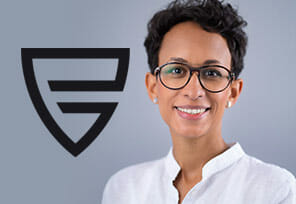 B2B gaming provider Push Gaming continues to increase its presence in the market by strengthening the team with a new member. Going forward, Denisa Assefova will join the team as a new Head of Legal to monitor Push Gaming’s legal procedures and assist the company in the ongoing expansion.

Denisa Assefova has graduated from the Charles University of Prague and the University of Oslo. She will bring significant industry experience acquired during the role at the Betsson Group as Head of Legal Affairs. Her skills in the scope of iGaming, Licensing, IP, E-Commerce, and Contract Law will be important in backing Push’s expansion in the industry.

The latest appointment complies with Push’s ambition to enter the newly regulated markets and extend its footprint, thanks to the engagement-first approach and titles such as Jammin’ Jars 2, Mount Magmas Jackpots, and Fat Drac.

“With great success and rapid global expansion brings the requirement for the right people to manage and cultivate the talent and drive we already have and Denisa brings that in spades.

It’s of vital importance to us as a company that we adhere to the strict and necessary regulations that are active in all markets we operate in and we’re confident that she will excel in her new role. Welcome to Push Gaming, Denisa!”

Head of Legal at Push Gaming, Denisa Assefova, says that Push Gaming is an incredible company with talented and skilled people who are delivering state-of-the-art products. She is excited to become a part of Push Gaming at a time of its fast expansion and looks forward to supporting the enterprise in accomplishing its goals.

Push Gaming has recently unveiled the network-wide launch of the jackpots slot, Mount Magmas. The new game is now available to all operators across regulated markets after a period of exclusivity via LeoVegas.

Push Gaming is a top-tier provider of casino games, delivering regular entertainment to players around the globe. The brand partners with international operators and some of the most influential businesses. Some of its partners are ComeOn, 21.com, Twin, Casino Heroes, Bethard, Leo Vegas, Casumo, Every Matrix, Interwetten, Kindred, and more. When it comes to available games, you will find anything from Mount Magmas, Booty Bay, Wheel of Wonders, to Joker Troupe, Fat Rabbit, Fat Santa, and similar titles. It has licenses from the Malta Gaming Authority and the UK Gambling Commission.