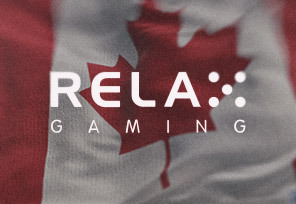 With the Ontario market set to launch in a few days, Relax Gaming (RG) has guaranteed a supplier license.

More specifically, RG has been given the thumbs up by the Alcohol and Gaming Commission of Ontario (AGCO), and this license will allow the developer to be one of the first to launch its content in this Canadian province.

Given the number of companies that have recently boasted of new licenses, we can say that this is a very important milestone for the supplier. Also, entering Ontario will mark an improvement in its position in North America, as the facts show that this Canadian province will be one of the largest markets in this region.

Furthermore, it plans to sign deals with various operators across the province, providing players access to about 160 amazing and engaging online casino products.

Commenting on the brand’s entrance into Canada, Alexia Smilovic Rønde, Chief Regulatory Officer at RG, said: “The opening of Ontario province marks the long-awaited debuts of regulated operations in Canada and is truly a turning point for the industry in the region. AGCO’s pragmatic regulation and approach to licensing should deliver good channelization from all stakeholders over time. Relax Gaming is delighted to be part of this journey from the very beginning, as well as offer its compliant portfolio and suite of Partners under our regulatory umbrella, to make an equally swift and brilliant entry on the local scene.”

Relax Gaming is a well-known casino brand in the iGaming industry that was established in 2010. It is known for its innovative and engaging online casino releases as well as for its Powered by Relax as well as Silver Bullet programs. The brand holds licenses in various jurisdictions including the ones issued by the Malta Gaming Authority, the Romanian National Gambling Office (ONJN), UK Gambling Commission, but the company has also launched its products in Sweden, Latvia, Denmark, and many other markets.

It recently entered Serbia thanks to a signed agreement with Meridian Gaming, and on that occasion, introduced its wide range of amazing products on the operator’s platform.

The post Relax Gaming is Approved to Step in Ontario Thanks to the New License first appeared on RealMoneyAction.com.