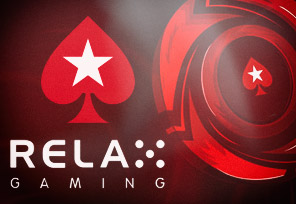 Relax Gaming (RG), a Malta-based premium developer of innovative online slots, has announced its entry into the Italian market thanks to a new collaboration with PokerStars. The news comes alongside its entry into the newly launched Ontario market.

The agreement signed by the two brands specifies that some of the most popular RG online slots will be included in the distribution. Punters from this region will now be able to enjoy the player favorites Temple Tumble, Money Train 2, and others.

Partnering with PokerStars is another key step that will bring the developer closer to meeting its global expansion goal. This popular brand aims to expand its global reach by entering key European markets. The company has announced that it will leave its presence in multiple European countries during 2022.

In addition to Relax-owned titles, PokerStars’ offering will be expanded with over 50 fantastic titles from the developer’s partner thanks to the well-known Powered By Relax and Silver Bullet partnership programs.

Given that RG has many other operators licensed for this market on its list of partners, we believe that the provider will enter several more collaborations in the future to strengthen its presence in Italy.

Commenting on the debut, RG’s Chief Regulatory Officer, Alexia Smilovic Rønde, said:“Entering the Italian market is another major milestone on Relax’s path to increase its footprint across regulated European jurisdictions. Italy holds the crown as one of the continent’s most established markets, and we’re ready to show what we can do when it comes to driving differentiation. With a competitive landscape that offers a wealth of opportunities for providers of premium gaming content such as us, I’m sure we’re going to see excellent results.”

Relax Gaming is a popular developer of premium online slots that was established in 2010. The company is headquartered in Malta, and so far, has been regulated and licensed in several jurisdictions. Approvals have been issued to this developer by the Malta Gaming Authority, the Romanian National Gaming Office, and the UK Gambling Commission. Also, RG can operate in Sweden, Denmark, Estonia, and Latvia.

The brand’s Wide portfolio consists of a variety of online casino products including engaging and eye-catching online slots, poker, and bingo products.

Also, the company is known for its Silver Bullet and Powered By programs thanks to which the company has concluded plenty of key partnerships.

The post Relax Gaming Launches its Products in Italy Via PokerStars first appeared on RealMoneyAction.com.