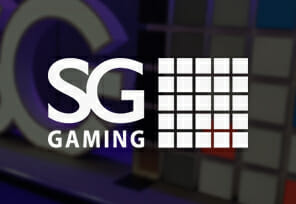 Scientific Games Corporation has just unveiled that it has submitted a proposal for the acquisition of 19% interest in SciPlay. Based on the brand’s plan, SciPlay would become a subsidiary of Scientific. The proposal is already on the table and the Board of Directors of SciPlay Corporation should make a decision.

The recent announcement from Scientific is yet another step from the provider which looks to become one of the leading providers of gambling content, focused on digital markets and unlocking the value of its products and new tech solutions. SciPlay would be the right acquisition for Scientific Games which already produces the most engaging content.

According to the SG expectations, the transaction should be automatically accretive to the value of its shares providing SciPlay shareholders a value for their investment. It would also create the chance to take part in the Scientific Games projects which plans to continue with long-term growth.

Potential Benefits of the Acquisition

Following the new proposal, Scientific has presented potential benefits for the partner:

What Else Was Proposed?

Scientific has also announced that the proposed Transaction will offer speed and certainty for SciPlay public shareholders. SGMS will not perform due diligence and they don’t expect the Transaction to require any regulatory authorization or the nod of SGMS shareholders.

The company also expects that SciPlay’s Board of Directors will hire a committee that would include independent directors who will consider the proposal. The approval of a special body will be a precondition for SG to move forward with the Transaction, which will later be subject to the “negotiation and execution of a mutually acceptable merger agreement”