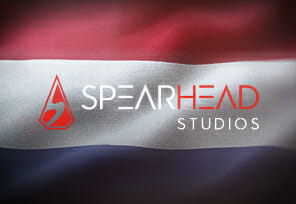 One of the newest regulated markets in the iGaming industry, the Netherlands, is becoming increasingly popular among providers.

Lately, several developers have decided to launch their products on this market. The Dutch Gambling Authority (KSA) expects that the Dutch iGaming market will reach EUR 1.1 billion in 2024, as well as become one of the key markets in the industry.

All of the above justifies Spearhead’s move towards this market. Namely, this provider decided to leave its footprint in the Netherlands, which will be provided by the recently guaranteed certificate. The new certificate applies to the company’s proprietary casino content as well as its RGS platform.

Spearhead rewards its punters with up to 8 releases per month. Some of the most striking products from this supplier include Wild Gold and Lara Jones is Cleopatra 2. However, the company announced the launch of a new branded title on February 3rd dedicated to the successful career of the golfer – John Daly – Spin It And Win It.

Mathias Larsson, Managing Director of Spearhead Studios, says: “Spearhead Studios and our partners are always quick to enter new and profitable markets. We are currently present in 14, and we are always looking for the next opportunity to expand our reach. The Dutch market shows significant interest in our games, and we are ready to capitalize on that by getting certified in the region.”

Spearhead Studios, which recently teamed up with SkillOnNet, is a relatively young company that appeared in the iGaming industry only in 2019. The headquarters of this brand is located in Paceville Central Region, Malta, and its team consists of less than 100 employees.

Despite being recently established, the company has expanded its portfolio with a large number of titles. During January, punters will be able to enjoy online releases such as 15 Armadillos (Jan 20), Cold Cash (Jan 25), and The Great Sage (Jan 26). However, during the next month, this supplier will launch several new ones.

In addition to distributing its products, it also distributes products from other brands such as Armadillo Studios, Funfair Games, JVL, and Lady Luck Games.

The developer is approved and licensed by the Malta Gaming Authority (MGA).