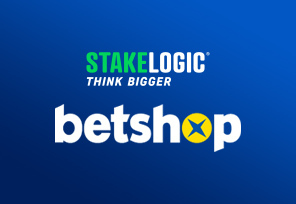 Stakelogic has landed another significant deal! This time, it is teaming up with BetShop to confirm its presence in Greece!

During the year, the developer repeatedly expressed its desire to become a leading B2B brand, which it demonstrated through the launch of numerous online casino releases, but also through partnerships that helped it to expand its global reach!

One such collaboration saw a handshake between Stakelogic and the well-established operator, bet365.

Now, the developer is headed to Greece! BetShop is one of the five most popular and recognizable operators on the market, which will now offer its clients the opportunity to take advantage of one of Stakelogic content!

Players from Greece will benefit from Stakelogic’s Super Stake feature, which doubles the bet and increases the chance of activating the Bonus round!

Neil Tanti, Sales Manager at Stakelogic, said: “BetShop is a true market leader in Greece, and we are delighted to see our classic slots and video slots titles land in its game lobby. Each of our games has been designed to thrill and excite players with riveting gameplay and plenty of big-win potential. We see Greece as having tremendous potential for our games, and what better way to build on our position in the market than by going live with such a prestigious operator.”

Massimiliano Cerfoglia, Chief Product Officer at BetShop, added:“Stakelogic needs no introduction. There is no other supplier out there that has taken the market by storm in the way that it has with its classic and video slots. This made it an absolute must-have provider for BetShop. We are also thrilled to have added Stakelogic’s exciting portfolio of classic and modern slots. This is a major content deal for us and will further establish BetShop as a true market leader.”