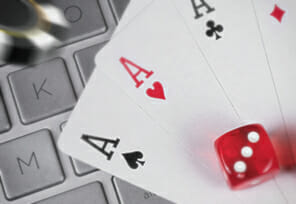 Florida is one of the many states that has opened its doors to online sports betting, confirming that the US iGaming market is continuously enlarging in multiple directions. At the same time, the land-based sector thrives as well, with Chicago receiving 5 proposals for the potential integrated casino resort.

Meanwhile in Europe, one of Germany’s states proposed legislation to grant a monopoly on online table games. As a part of the consumer protection strategy, Sweden suggested all offshore operators should be blocked.

What follows is a complete insight into gambling regulations which took place in the soon-to-end month, so keep reading!

California: An association of tribes gathering the San Manuel Band of Mission Indians, Wilton Rancheria, Rincon Band of Luiseno Indians, and the Federated Indians of Graton Rancheria, proposed the introduction of retail and online sports betting in the state.

Florida: Following the launch of the Hard Rock Sportsbook app, online sports wagering was officially welcomed to the state. Also, even though the A District Court ruled that the compact agreed between the state and the Seminole Indian Tribe violated the Indian Gaming Regulatory Act, demanding them to stop offering sports betting in the state, the Tribe continued to operate it.

Illinois: The City of Chicago received five proposals to develop an integrated casino resort in the city, including the ones from Bally’s, Hard Rock International, and Rush Street Gaming.

Iowa: As far as the Iowa Greyhound Park announced, its operations would be ceased at the end of the 2022 racing season. As soon as the season taking place from April 16- May 15, 2022 ends, greyhound racing will end in this US state. Also, FuboTV launched its online sports betting platform Fubo Sportsbook in cooperation with Casino Queen Marquette.

Louisiana: Harrah’s New Orleans and Horseshoe Casino (operated by Caesars Sportsbook) and L’Auberge Casino and Boomtown Casino (operated by Penn National) received permissions from the Gaming Control Board to launch retail sports betting. If everything goes as planned, the market is expected to go live on January 1, 2022.

New Jersey: In partnership with Ocean Casino Resort, Tipico launched its iGaming platform. Also, Governor Phil Murphy signed legislation into law thanks to which betting on any eSports events is officially permitted, as long as the majority of participants are over 18.

What About the Rest of America?

Paraguay: Following the ban imposed by the Chamber of Deputies, slots outside of government-approved gambling locations are no longer permitted.

Puerto Rico: Companies interested in offering sports betting and fantasy sports can apply for licenses, as the proposal to regulate the said activities was presented to the State Department. The assessment process began on November 22, 2021.

Brazil: Legislative Chamber received a bill from lawmakers for the Federal District, who proposed the creation of lottery facilities. If approved, public-private partnerships (PPP) would be permitted to offer not only lottery games but sports betting as well.

France: According to the statement issued from ANJ, National Gaming Authority of France, refusing to accept bets or limiting the amount that a customer can bet is prohibited by consumer law. However, these regulations do not apply in the event of self-exclusion or if a consumer is found to be gambling excessively.

Sweden: The Ministry of Finance suggested that all offshore operators should be blocked by ISP. According to the current regulations, only suppliers who are actively targeting the market have their platforms blocked.

Germany: The state of Thüringia presented legislation to grant a monopoly on online table games in the state. If the European Commission approves the proposal, the exclusive license would be awarded for ten years.

The post Summary of Newest Gambling Regulations in the United States and Europe for November 2021 first appeared on RealMoneyAction.com.