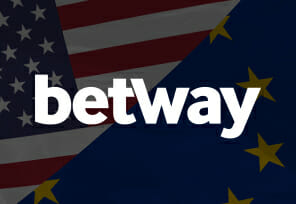 BetWay, founded in 2006, has significantly expanded the scope of its business over the past years. It has licenses from countries such as Malta, Denmark, Italy, Spain, and Sweden, and boasts a wide portfolio of games.

Wanting to make even more progress, this company is expanding its market to the fifth state in the US as well as another license in Europe.

Also, after being guaranteed a license from the state of Poland, its players will be able to enjoy popular slots on the Betway site such as Titans of the Sun: Theia, Burning Desire, Starlight Kiss, Bar Bar Black Sheep. In addition to these titles, there are jackpot games, video poker, and table games. This is a very good sign when it comes to expanding the business of this casino.

“This progress illustrates our focus and execution as we bring Betway, the premier and unified global online sports betting brand, to customers across markets and around the world.”

He added that during 2022, he expects higher expansion of Betway’s network to both the US and the entire market.

The Large Number of Benefits of this Casino

It should be noted that Betway has recently entered into a partnership with The National Hockey League, which has been announced to be long-standing.

The site is available in French, German, Italian, Finnish, Spanish, English, Portuguese, Norwegian, Danish, and Russian languages, and players can choose one of 11 offered currencies.

Under the auspices of the Super Group can be found Betway and Spin which is an online casino offering company. This father company boasts a team of over 3,500 experts from its fields located in 17 locations around the world.

Betway paid about $19,000,000 to one of its customers in October 2014. Jon Heywood from the United Kingdom hit the Jackpot during Microgaming’s Mega Moolah slot game. Jon is just another great example that Betway casino offers great opportunities and winnings to its players.

The post Super Group-Owned Betway Expands Network Further to US and Europe first appeared on RealMoneyAction.com.