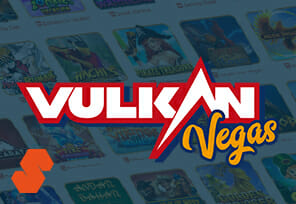 One of the leading casino software developers, Swintt, has joined forces with Vulkan Casino. For the first time, the former will distribute its portfolio to the Ukrainian market where the operator is licensed.

The localized slot and live game specialist is further expanding its business network, as evidenced by this agreement. Punters from Ukraine will have the opportunity to meet the titles of this developer for the first time.

Among the releases to become available to Ukrainian players through the Vulkan Casino platform include Lone Rider XtraWaysTM, Sea Raiders, and Zombies on Vacation, as well as the latest release Book of the East. Sweetania, which has yet to be launched, will also be included in the distribution.

David Mann, Chief Commercial Officer at Swintt, said: “Throughout 2021, we’ve seen rapid expansion at Swintt and we are now able to offer more games in more markets than ever before. The deal with vulkancasino.ua will allow us to reach an entirely new audience and we really think Ukrainian players are going to love taking our state-of-the-art slots and live casino games for a spin.”

The XtraWays System and its Benefits

The XtraWays system that can be found in the game Lone Rider XtraWays allows players to collect special symbols and thus expand the reels by up to five positions for the next spin. We will also come across this system in a title that will be launched soon called Rock n’Ways XtraWays. Ukrainian players will have the opportunity to get acquainted with the Swintt system for the first time, and this is made possible by the recently concluded partnership between this provider and Vulkan Casino.

XtraWays is unique to Swintt slots, and players have a chance to be rewarded with up to 262,144 ways to win.

Anna Dmytriieva, Communication Director at Vulkan Casino commented that the operator is licensed in Ukraine and that they are proud to be able to provide players games from the best providers in the world. She adds that by adding Swintt’s slots and live casino games, Vulkan Casino will establish its position as a market leader. Last but not least, Anna says that they are glad to have the brand as a partner.

The post Swintt Portfolio Available in Ukraine Thanks to Partnership with Vulkan Casino first appeared on RealMoneyAction.com.