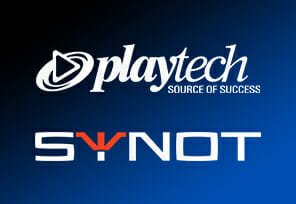 SYNOT Games is a popular content supplier licensed by the Malta Gaming Authority and the UK Gambling Commission with certifications across Europe. Its title library consists of over 70 releases, and now they have decided that it is time to grow even bigger.

It has announced a partnership with Playtech, one of the largest online gaming software suppliers that will enable them to conquer new markets.

This collaboration will be beneficial for SYNOT in terms of expanding its offerings to players, as well as for Playtech, which continues to expand its business worldwide. As announced, this partnership will allow SYNOT to step into the highly popular Playtech network.

Committed to the Right Partnerships

Tomasz Mogiła, Country Manager at Playtech, said: ”We are delighted that SYNOT Games has joined the Playtech distribution network as its Casino software partner. Playtech’s scale and distribution is a powerful offering for potential partners, and this is a great example of our commitment to partnering with the right and well-known companies to bring great content to regulated and growing markets.”

He was followed by Ivan Kodaj, CEO at SYNOT Games, who says that the company is looking forward to the new venture and that it shows its advantage in expanding its reach to new regulated markets.

More on the Partners

In addition to the now increased number of games, SYNOT also has a team of highly educated experts (over 100) and operates in more than 30 countries

On the other hand, Playtech is a slightly larger company that now has over 6,400 employees and has offices in over 24 countries, which is an enviable number. It has provided licenses in 170 countries, and the company was founded back in 1999 in Tartu, Estonia. In its offer, we can find some of the most popular games such as Gladiator, Great Blue, King Kong, Santa Surprise, the Mummy, and Wild Spirit. In addition to online slots, it boasts iPoker products as well as a live casino.

SYNOT Games recently received a license in the Netherlands and created several partnerships. Over the past year, it has shaken hands with Avento MT, Lithuanian operator 7bet, Novibet, and Estoril Online casino. Its titles also appeared in Romania and went live with DOXXbet, SuprNation, and Rootz.

The post SYNOT Games and Playtech, a Partnership That Will Not Go Unnoticed first appeared on RealMoneyAction.com.