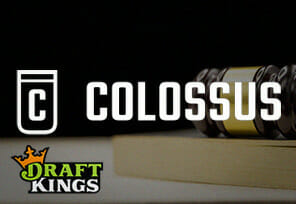 A lawsuit against DraftKings by Colossus Bets, a globally known developer of sports jackpots and gaming technology, will be filed in the United States District Court of Delaware.

The lawsuit will allege infringement of seven patents related to sports betting and gaming products that include a Cash Out feature.

This developer has seven patents related to “full or partial buy-out offer made at any time prior to the completion of a wagering event,” and states that in 2018 DraftKings was informed about these patents when it first released a cashout product. Since then, Colossus has repeatedly drawn the attention of DraftKings to the infringement.

Colossus also initiated a similar lawsuit against Tabcorp in Australia. With these moves, the developer is trying to preserve its property.

DLA Piper, a well-known law firm, will represent this developer during litigation and will provide advice to the provider on all patent-related issues.

Colossus Bets co-founder, Bernard Marantelli, said: ”We attempted to resolve this amicably and we gave them ample opportunity to do so. We take our intellectual property very seriously. This is the next step towards protecting our rights and income across the industry in the US.”

This is not the first time that DraftKings faces infringement allegations as other well-known sports betting technology provider Engine Media Holdings filed an infringement lawsuit against the brand earlier this year also over patents. These patents have been linked to skill gaming and live events. Specifically, the lawsuit includes overlapping two specific patents – “Methodology for Equalizing Systematic Latencies in Television Reception in Connection with Skill Played Games in Connection with Live Television Programming” and “Method of and System for Managing Client Resources and Assets for Activities On Computing Devices.”

This lawsuit was filed in the United States District Court for the District of New Jersey.

“Colossus Bets Announces Filing of Patent Infringement Lawsuit Against DraftKings in the US’’, corporate.colossusbets.com, December 1, 2021.

The post The Lawsuit Against DraftKings Was Filed in the United States District Court of Delaware first appeared on RealMoneyAction.com.