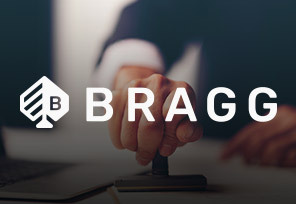 Bragg Gaming Group, one of the most famous developers in the iGaming industry, recently took one big step after guaranteeing the necessary license that allowed it to step into the recently regulated Ontario market.

However, Bragg announced that it has marked another milestone after being guaranteed the green light by the Pennsylvania Gaming Control Board. The approval issued by PGCB means that this outstanding brand will have the opportunity to be part of the Commonwealth’s robust iGaming market.

As we can conclude, this approval is very important. Namely, Bragg recently announced that the company wants to buy Spin Games LLC. Before such a contract could be concluded, it was necessary for the developer to meet certain requirements, including this one.

Bragg Gaming Group expects the acquisition of Spin Games LLC to be completed in the near future, ideally by the end of the month.

This important step will enable the brand to further expand its business scope and guarantee one of the leading developers operating in the US. With the acquisition of Spin Games, Bragg Gaming Group will drastically expand its business, which will also improve the developer’s position in the industry.

Yaniv Spielberg, Chief Strategy Officer for Bragg, said, “We appreciate PGCB’s staff members’ diligence in reviewing our license application and thank them for the approval to enter Pennsylvania’s iGaming market. Reflecting on this license approval, we look forward to completing our acquisition of Spin Games in the next few weeks. Since announcing the planned acquisition, we have worked closely with the Spin Games team to complete the technical integration between our Remote Game Server (RGS) and their technology platform and as a result, we are ready to begin operating in several U.S. markets very quickly following the completion of the acquisition later this month. We expect the Spin Games and our RGS combined offering will deliver the benefits of our advanced player engagement, data tools, and platform technology alongside Spin Games ’U.S. market content and operator relationships, providing for a differentiated and widely distributed iGaming product offering.”

More On the Brand

Spin Games LLC is a Nevada-based casino software developer currently focused on the US market. The company is approved by several key markets across the US including New Jersey, Pennsylvania, Michigan, and Connecticut. Thanks to numerous partnerships, the content of this brand can be found on the platforms of various outstanding operators in the United States.

Bragg Gaming is a globally renowned gaming technology platform headquartered in London, UK. The brand was established in 2018 and has so far drastically expanded its business to key markets across Europe, North America, and Latin America. It is also known for its subsidiary ORYX Gaming, which offers a variety of products and is known for its Player Account Management platform (PAM).

“Bragg Gaming Approved for License by Pennsylvania Gaming Control Board’’, bragg.games, May 19, 2022.

The post The Pennsylvania Gaming Control Board Gives the Green Light to Bragg Gaming Group! first appeared on RealMoneyAction.com.